Beef Prices to Rise Next Summer 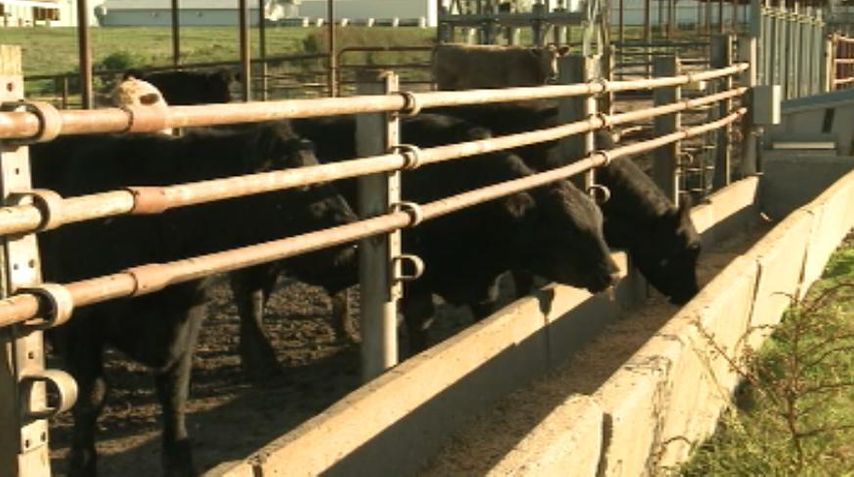 COLUMBIA - This summer's dry weather brought a new set of challenges to Missouri cattle farmers, making beef raising more costly. However, beef consumers won't notice a rise in price because of it...at least not yet.

One local farmer said last summer's drought is the worst since the 1980s. The hot weather stifled corn production, forcing a rise in the price of grain. Many Missouri farmers could not afford the expensive grain. Farm manager Kenneth Ladyman said his farm had to sell 15 percent of its breeding herd earlier than usual.

"With the price of grain being so high and hay in shortage, a lot of producers took a lot of their cows and calves to the sell barn early," Ladyman said. "[We] just culled the older ones and the ones that weren't quite as productive. So, our numbers are down now because of the drought."

Agriculture Economist Joe Horner said because most Missouri corn wasn't fit to produce feed and field grass dried up, many farmers had to find other ways to feed their herds.

"We're spending two to three times as much for hay because it's in short supply this year and we're having to feed hay for a longer period than normal because we had to feed hay in the summertime when we ran out of grass," Horner said.

C & R Supermarket has been in business for more than 50 years and has 12 locations across the state. Boonville Meat Department Manager Gene Yung said the drought hasn't affected Missouri shoppers this year.

"The price of beef hasn't really increased. The live market right now is probably less than it was a year ago, but the feed is probably double. So, the farmers really have absorbed this, not the retailer or the consumer," Yung said. "The consumer is still paying about the same they were."

Ladyman said consumers will start feeling the effects of this summer's drought next summer.

"Next year, the prices will be actually higher because there will be a shortage of cows and calves going into next year's calf crop," Ladyman said.

Ladyman said everyone will suffer from this summer's dry weather in the long run.

"Right at the moment, the farmers are suffering because they're having to either liquidate their herds or downsize their herds. They'll have less inventory, or less cow herd to sell, so next year they'll have less revenue. Next year, when there is less supply, the [market] price will go up," Ladyman said.

Horner agreed. He said consumers will likely see a rise in beef prices summer of 2013.