Behind the numbers of MU football's 2014 All-SEC players 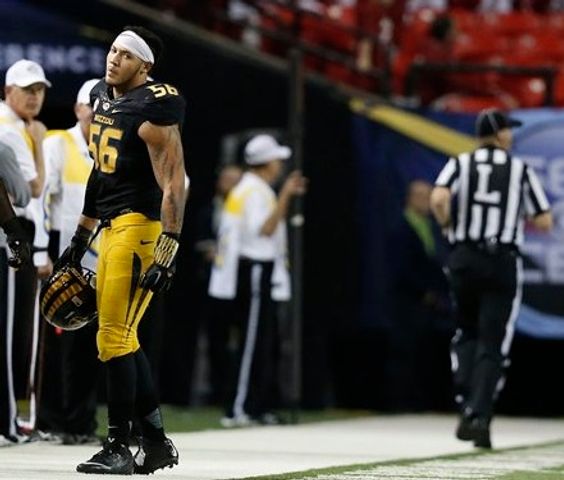 COLUMBIA - The Associated Press and SEC coaches have released their All-SEC teams and between the teams, there are eight Missouri Tigers mentioned.

The Associated Press released its All-SEC teams Monday and five Missouri players were included. Ray, Sasser and Murphy were all named to the first-team, while Webb and redshirt junior linebacker Kentrell Brothers were named to the second-team. The AP listed Markus Golden and Harold Brantley on its honorable mention list.

Ray was not only named to the AP All-SEC first-team. The AP named him the SEC Defensive Player of the Year. This is the second year in a row that a Tiger has won the award, as former Missouri defensive end Michael Sam shared the award in 2013 with Alabama's C.J. Mosley.

Below is an interactive graphic comparing Ray and Sam's seasons when they won the award. You can see Ray bested Sam in almost every category with one less game played.

Shane Ray vs. Michael Sam |Create infographicsAlong with Ray, the AP named seniors Bud Sasser and Marcus Murphy to the All-SEC first-team. Sasser garnered the award for the wide receiver position while Murphy earned the selection as an all-purpose player.

Murphy is the first Tiger named as a first-team all-conference all-purpose player since Jeremy Maclin garnered the honor in 2008. Below is an infographic comparing Murphy to Maclin and the other Tiger to receive the honor, quarterback Brad Smith. In the interactive graphic below, Smith's passing statistics were not included and were marked with an asterisk.

Below is a pie chart showing how much of Missouri's all-purpose yards Murphy has accounted for.

Ray's teammate, Golden, was not selected to the AP first or second-team. The AP named him to its honorable mention list. There were quite a few media members on Twitter who said Golden was slighted.

No offense to my fellow writers....but bruh. Golden. Honorable mention?

Markus Golden gets HM only? Would be defensive POY in most other conferences. Can run but not hide from him.

Kentrell Brothers and Braylon Webb were 2nd team all-SEC selections. Only real surprise to me is no Markus Golden on first two teams.

AP All-SEC Defensive Ends |Create infographicsThere were two Tigers on the All-SEC second-team: redshirt junior linebacker Kentrell Brothers and redshirt senior safety Braylon Webb. Brothers led Missouri with 117 tackles, the most by a Tiger since Sean Weatherspoon made 155 stops in 2008. Webb led the team with four interceptions and ranked third for Mizzou in tackles with 69.

There were two Tigers on the All-SEC second-team: Brothers and Webb. Brothers led Missouri with 117 tackles, the most by a Tiger since Sean Weatherspoon made 155 stops in 2008. Webb led the team with four interceptions and ranked third for Mizzou in tackles with 69.