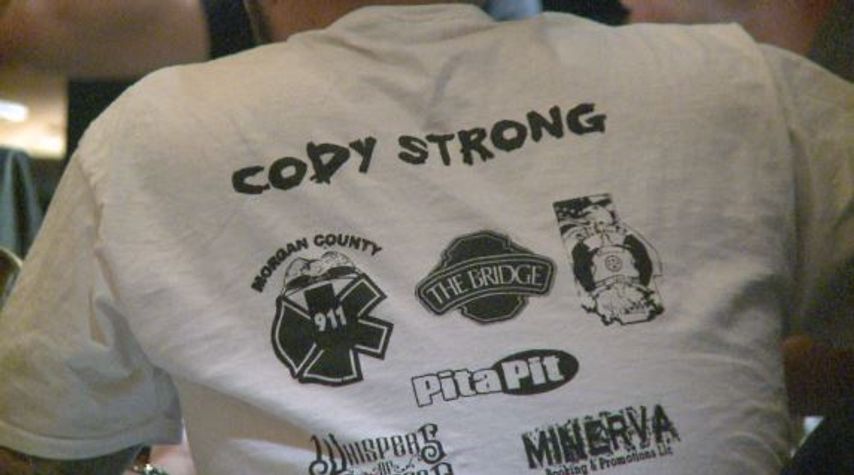 JEFFERSON CITY - A group of super-heros joined forces Sunday night to raise money for 9-year old Cody, who was recently diagnosed with leukemia.

According to Cody's family members, the nine-year old was diagnosed on Jan. 5 and just passed his 100th day undergoing chemotherapy. His aunt, Samantha Smith, noted the rising costs of Cody's treatment.

"He goes to Columbia everyday and they live in Versailles," said Smith. "He has to have physical therapy, occupational therapy and chemotherapy."

In an effort to help Cody's parents tackle his treatment costs, family and friends worked alongside Minerva Bookings and Promotions to plan a benefit show, complete with live performances and a silent auction.

One organizer, Mindy Hauck, said Cody's love for Marvel comics is what inspired the fundraiser's theme.

"He is so much into super-heros. That's something that he loves," Hauck said. "And of course being a 9-year old boy, I thought 'how cool would it be to be able to come to a concert and see so many people dressed up as a superhero.'"

Hauck, who is also the leading vocalist of Whispers of October, one of the groups performing, said she hopes Cody left the benefit show feeling supported by the community.

"I kind of hope that he leaves here just feeling that overwhelming sense of love that we've tried to pour into it for him. Just knowing that people care and they are here to support him and he's very loved."

Anthony Brown, Cody's father, said he's grateful for all of the help his family's received.

"The support we've had from family, friends and community - it's just been wonderful," he said. "I mean words can't express what it mean to us."
The event's slogan was CodyStrong. Brown said family and friends felt that was the only way they could describe Cody's resilience.

"He is strong. He is probably one of the strongest young men I've ever seen. It's appropriate for what he's been through."

People interested in donating money for Cody's healthcare expenses can do so on this GoFundMe page.