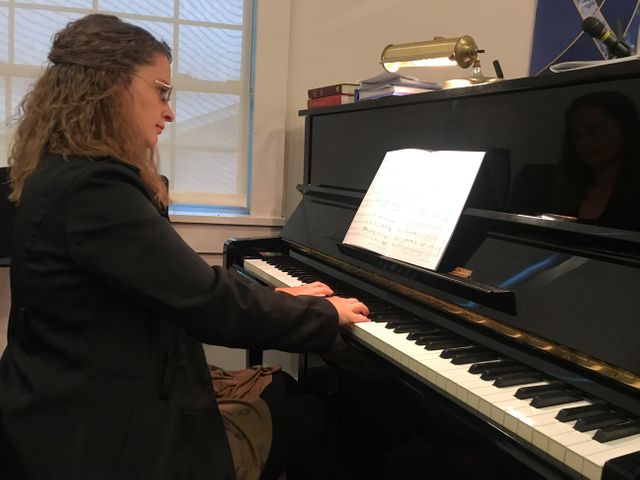 A concert production company contacted the group months ago and asked them to send in an audition tape.

After speaking with colleagues, Anderson decided to send in an audition tape. Before they knew it, they were accepted.

“I'm a musician and I never thought I'd be able to perform at Carnegie Hall,” Anderson said. “I think that’s unique. That’s pretty special.”

It wasn't all fun and games though, Anderson said. The group has practiced their song, Appalachian Winter, every week in preparation for the big night.

“As soon as we discovered that it is something and it is a real opportunity for us, there’s been such a fire behind it and I'm really grateful for that,” Anderson said.

The support system behind the choir is a driving force, too.

“When you get a once in a lifetime opportunity, the enthusiasm and the excitement that you feel is contagious,” senior pastor Jermaine Alberty, said.

The church received the big news on their former pastor’s final Sunday.

“That was kind of her farewell piece,” Anderson said. “It had special meaning.”

“Traditional, with a jazzy feel and classical,” he said. “We get the best of both worlds, we really do.”

The group will perform alongside a Grammy-award winning bluegrass ensemble. After their performance, they will return Tuesday.

“I think it’s a combination of luck and hard-work and you know,” Anderson said. “Maybe it was written in the stars.”

Anderson said the choir will present a portion of the piece they will be performing at Carnegie Hall at their Christmas service on Dec. 17.