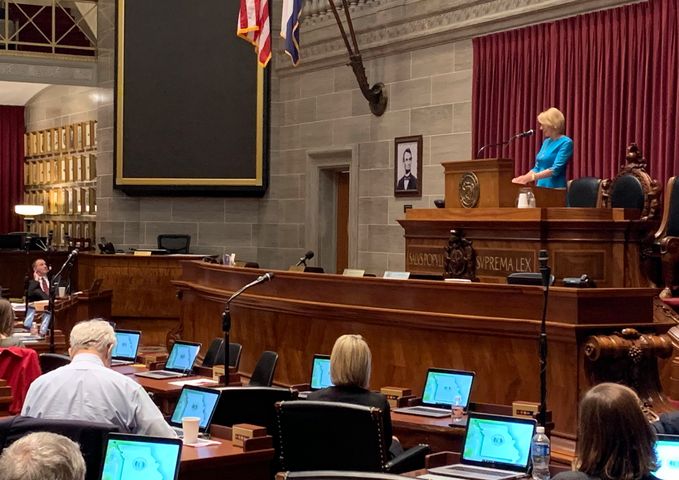 JEFFERSON CITY -- U.S Secretary of Education Betsy DeVos took the podium at the Missouri State Capitol to speak about her efforts in keeping the education separate from the federal government. The House hosted the 4th Federalist Society’s Missouri Chapters convention where DeVos spoke as the keynote.

DeVos talked about the Trump administration's Education Freedom Scholarship proposal, which she said would give more students an opportunity to learn.

Devos said, "the scholarship connects dollars to students, not to the system, with no bureaucratic sponge soaking up resources in between."

This week begins National School Choice week, which DeVos has promoted on social media. She said in her keynote speech that students will be able to find their fit in education through these scholarships.

One Missouri attorney, Marsha Stiles, said she appreciated hearing about freedom of choice when it comes to public vs. private schooling. She hopes to see future initiatives that would help give her students a chance to attend private school.

"All she does is talk about trying to get more for the 10% and most of those people already don't need it."

Swacker stood and turned his back during DeVos's speech as a form of protest. He said Betsy DeVos hasn't done anything with public education. As a former teacher, Swacker said he's tired of hearing lies and is ready for real action.

The Missouri Board of Education wants to increase teachers pay

Ceres will return to the top of Missouri State Capitol

Teachers protest nomination of Betsy DeVos as secretary of education