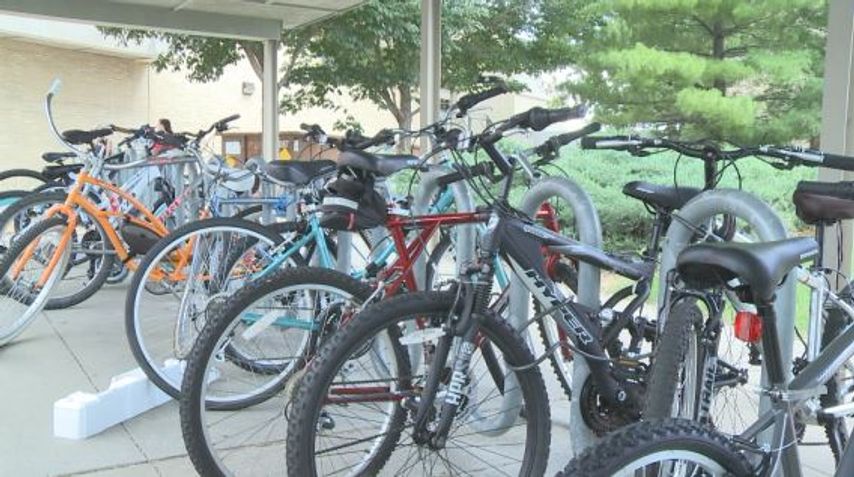 COLUMBIA - Columbia is the highest ranked bicycle friendly community in Missouri, according to the League of American Bicyclists.

"Columbia's done a lot of work in the last several years to make themselves a lot more bikeable," assistant director at PedNet Coalition Lawrence Simonson

Columbia has made biking a priority by improving infrastructure, bike lanes and trails. It has also hosted biking encouragement programs and education for bicyclists and drivers.

He said the more bikers that drivers see, the more they know how to interact with them. With more bikers, drivers are more on the lookout for bikes.

He also said bikes are great to deal with congestion in highly populated areas of town.

"If you're trying to get somewhere in the downtown and university areas. You know, using a big motor vehicle in these tiny streets that are already packed with cars. You're going to have a difficulty finding a parking spot. Look for another mode to get down and around town," Simonson said.

There are several uses for bikes in Columbia. Simonson called it a gem in the midwest, because of the biking trails. He encouraged people to use bikes for both transportation and recreation.

He said bikes are particularly relevant right now because all the students are back in town and there are many more people biking.

"As we become more dense, as our population grows, as the students come back to town, we start to realize that biking is more efficient, but not only more efficient, it's healthier, and really it's more fun."