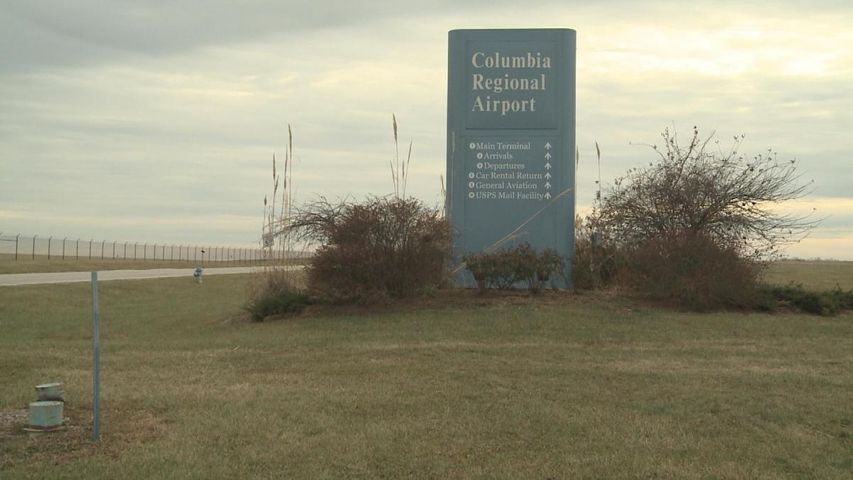 COLUMBIA - The Columbia Regional Airport's terminal could have a new face and location as soon as 2020.

"We have to do something, we are bursting at the seams," Greg Cecil, chairman of the Airport Advisory Board, said.

The Airport Advisory Board met Wednesday to discuss plans for a new terminal. The current one at the airport is running at 99 percent capacity, and it doesn't look like operations will slow down anytime soon.

The City of Columbia and American Airlines announced Monday it will begin using larger aircraft starting this January. The larger planes will accommodate 65 passengers whereas the current ones seat 44 to 50 passengers.

The board's goal is to build a new terminal on the north end of the current airport within the next few years.

"We keep growing the number of passengers, and with the new planes we are going to add quite a few new ones, so we need to be able to accommodate those folks and give them a good customer service experience," Cecil said.

The board pointed out quite a few problems with the current terminal. There is limited passenger space in the waiting areas, the TSA screening area is not big enough and the bathrooms are single-person set ups. A new bigger terminal would help alleviate these problems.

"If we were to add another destination out of Columbia Regional Airport that would complicate things even further," Cecil said, "It's a good problem to have, because that means we've got more air passengers and so things are moving forward, but the down side is we're just a little behind."

The board is in the very early stages of discussion, and it is working on mapping out a plan to present to the council. It currently has no funding for the project and it isn't sure what the current terminal would turn be used for once a new one is built.

A new terminal also has the potential for creating jobs for mid-Missourians.

The board will meet next month to further discuss the idea of constructing a new terminal, and it hopes to come up with recommendations for the City Council.