Bike Boulevard causes confusion for some 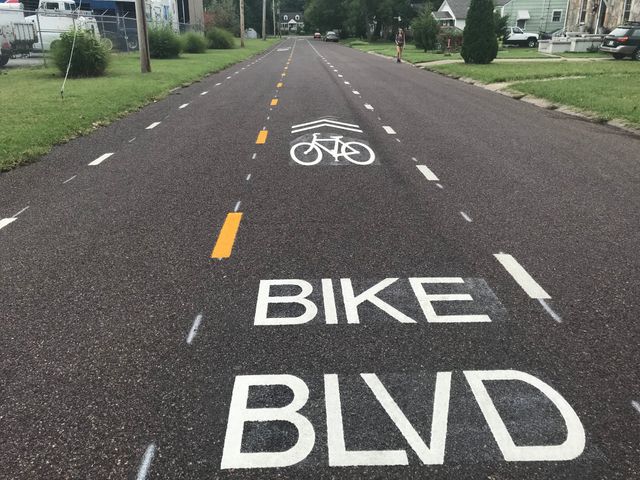 Residents said the new MKT-Parkade Bike Boulevard is confusing for them, but the city of Columbia said the road is still the same for drivers.

The boulevard runs from the MKT Trail to Parkade Blvd. with connectors along the way.

Ted Curtis, the Bike/Pedestrian Coordinator for the city, said "in some parts of the city it wasn't possible to put a trail through so the bike boulevard was our second choice."

Bicycle boulevards are created to "maintain low motor vehicle volumes and speeds that prioritize bicycles over motor vehicles," according to Curtis.

One resident, LeAnn Linear said, "The way it looks, it looks like they're suppose to drive like the cars now," referring to bicyclists.

Bicyclist, Jay Johnson, said he likes that the bike boulevard is right outside of his house, but doesn't understand how it works.

"It seems like the bike lanes are designated bike lanes but of course the cars have to drive in those lanes. It's not a one-way street, it's still a two-way street," he said.

This is the second bike boulevard created in the city. The feedback from the previous one was a mix of positive and negative reviews from residents.

This boulevard will be completed sometime around late October to early November.