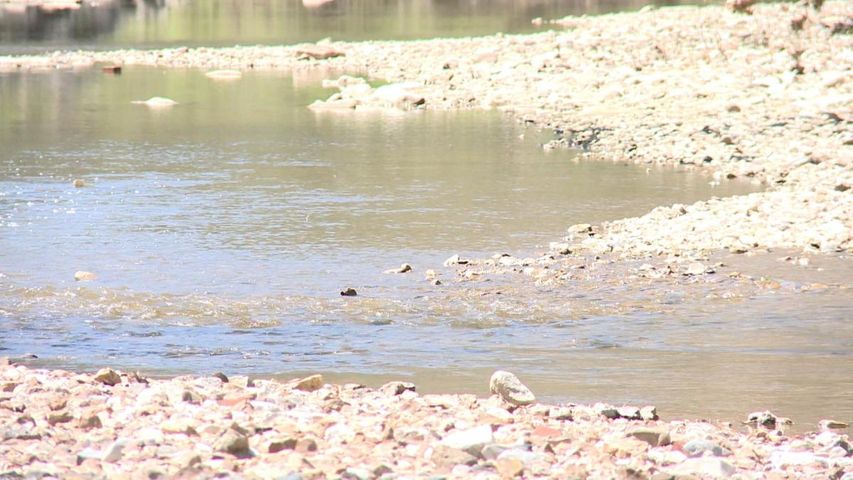 COLUMBIA - Columbia is looking to protect the environment this Earth Day by helping bike travelers commute. During Monday's city council meeting, a fourth option for bike routes along Hinkson Creek was added.

Sutu Forte called the three existing plans inadequate. "I feel with all my heart and soul that this is wrong. And it is not just my heart and soul, the evidence is there." Forte is on the board of an environmental group called It's Our Wild Nature.

Forte lives along Hinkson Creek and walks out to view rushing waters in her backyard. She fears the existing three options will not truly benefit the community or the environment.

"Any time there is construction in the valley it changes the water flow, and it can affect the flooding in my home," Barbara Wren said. She's another concerned homeowner along the creek.

"The more construction they do in the wetlands there is less of a chance that the wetlands can serve as a run off for water."

"Construction of the first three bike trails will increase pollutant loading into the Hinkson Creek due to the increase of impervious surfaces in the area," Hall said. Impervious surfaces do not allow the ground to absorb the water or natures elements.

"It will also result in species diversity in the 35 acres of land because it would fragment the existing habitat. It will also reduce the carbon storage potential for the city of Columbia," Hall said. She called the three pre-existing plans counterproductive if the goal of the trails is to reduce carbon emissions.

KOMU 8 News spoke with councilwoman Barbara Hoppe on the matter since she also lives along the creek. "There's lots of different interest and needs," Hoppe said. "Some people want to bike or walk instead of using a car... other people are concerned with not having trails along the creek."

Hoppe said the research that will test these options must go through the federal government. The addition of the fourth option has sent this plan back to review.

The council will visit the study's results in the next few months. Hoppe said time would vary depending on what happens at the federal level.

The chosen option would go into effect as early as fall 2014.