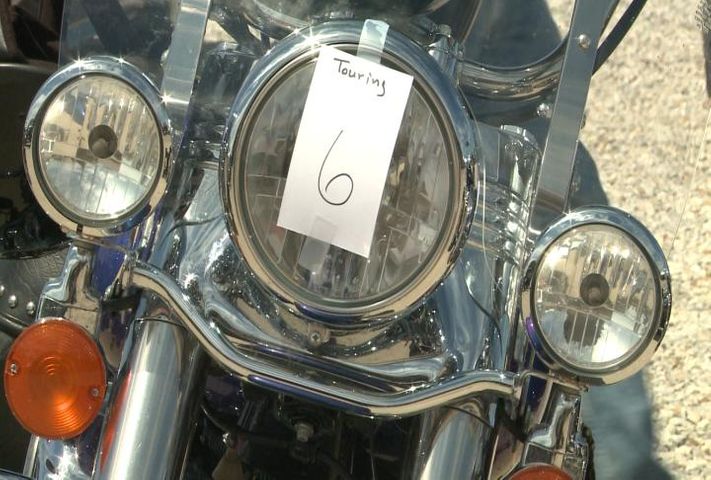 "We just like to help the people locally that can't afford to do it themselves," said Richard Jones, a member of the Band of Brothers.

All proceeds from the event will go directly to the Ellis Fischel Cancer Center in Columbia to help patients pay for mammograms.

"Just from donations around the area we've collected about $2,000," Jones said. "We've also been selling t-shirts plus the bike show which is $10 per entry."

He estimated about 40 people showed up to enter their motorcycles in the bike show. People of all ages showed up to the event donned in pick ribbons and hot pink t-shirts.

A band played music. Although the weather was great for an outside event, Ellis Fischel brought tents to provide shade.

Jones said the Band of Brothers also put on other events to raise money throughout the year. The club most recently payed for five local veterans to go on the Honor Flight.