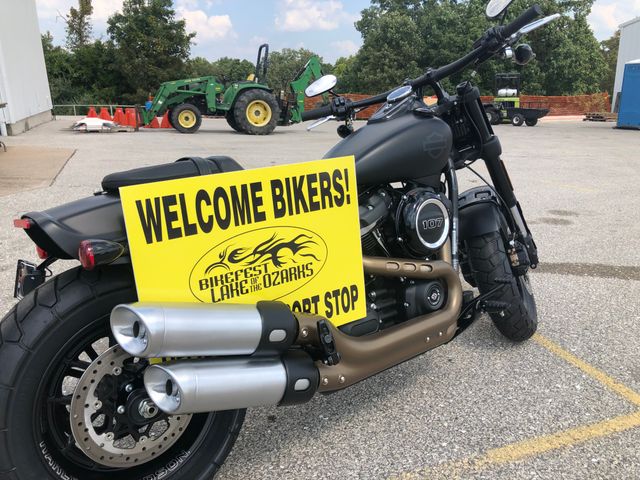 OSAGE BEACH - As summer comes to an end and the lake area slows down, businesses in town may see one more boost to tourism this weekend.

The 13th annual Lake of the Ozarks BikeFest began Wednesday. Organizers said around 125,000 motorcyclists will make their way to the area for five days of live music, vendors, giveaways, food and drink specials-- and, of course, scenic rides.

Tim Jacobsen, a member of the BikeFest committee, said many of the events planned at the lake during slower seasons are to generate revenue for local businesses.

"We see about a $10 million economic impact over the five-day period," Jacobsen said.

Kimberley Graf of Graf Group Insurance Services in St. Louis teamed up with Progressive Insurance to sponsor the event. Graf runs a booth outside Harley-Davidson in Osage Beach. She said with the influx of people in the area as the event grows, safety is always a top priority.

Another merchandise vendor, Larry Mix, has participated in the BikeFest since the event began. He was once a farmer, but decided he needed something to do after getting out of the business. He turned to computer imaging, and then bike rallies.

"I couldn't just sit down and quit," Mix said.

As he gets older, the rallies he goes to lessen, but he said he continues coming back to the Lake of the Ozarks BikeFest because of the honest people he's met.

"We don't take checks out on street rallies, but at a bike rally, we do," Mix said. "Because when we do have a bad check, it's not from a biker."

Bikers can enjoy more than 300 participating bars and restaurants through the weekend and as many as 50 live music and entertainment events.