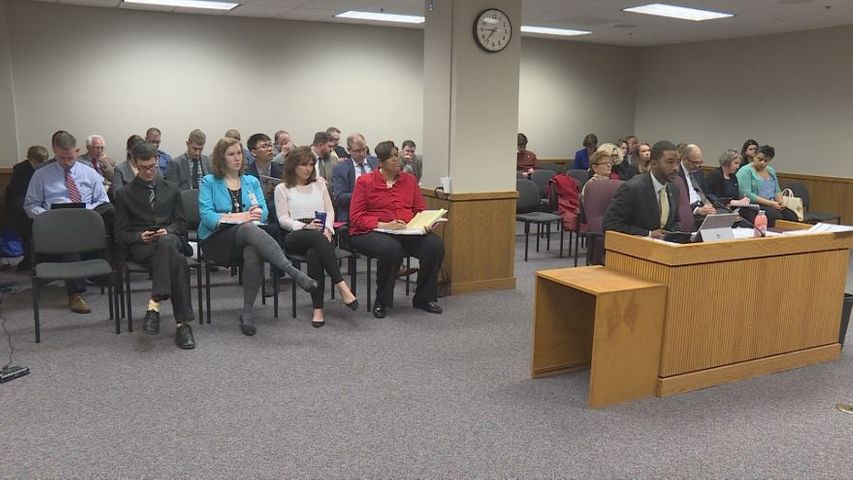 JEFFERSON CITY - A proposed bill was presented at a committee hearing Tuesday with the goal of building transparency and accountability for law enforcement.

The bill would establish a law enforcement identification numbering system through the Missouri Department of Public Safety.

It aims to track written complaints against a law enforcement officer from one agency to another.

“House Bill 503 is only for Missouri law enforcement and it creates a tracking identification number that way we can verify and track complaints so receiving agencies can weed out bad officers,” Ellington said.

He said the killing of Michael Brown in Ferguson is just one example of why such a bill is needed. Officer Darren Wilson was not indicted by a grand jury, which led to wide-scale rioting.

“We’ve seen the issue with Officer Wilson a couple of years ago when they said he had issues at his old agency, but the new police department by Ferguson had no clue about some of the issues that he had at the old department,” Ellington said.

“It seems like that would set up a very burdensome system to follow through on and it would probably cost some money to implement that,” Basye said. “We’re under a budget crunch right now and a lot of cuts are going to be happening.”

Dale Roberts, executive director of The Columbia Police Officers Association, said officers should be accountable for their actions and he doesn’t want an officer who is been involved in repeated problems with misconduct coming into the department. But he suggested some changes to the measure.

"Our two concerns would be that the bill tracks all complaints, not just substantiated complaints, so if someone makes a complaint and it's false, it still goes on the officers record,” Roberts said. “Our second concern is that there’s no sort of appeal process in many departments, no recourse for an officer who is accused falsely of doing something wrong by his or her chief.”

Ellington said he would be willing to amend the bill and put in an appeal process to make sure the complaints are valid.

Both Basye and Roberts said systems already in place have been effective on the oversight of officers. Those systems include a citizen's review board and a state licensing agency called Peace Officer Standards and Training.