Bill: Insurance should cover therapy for people with developmental disabilities 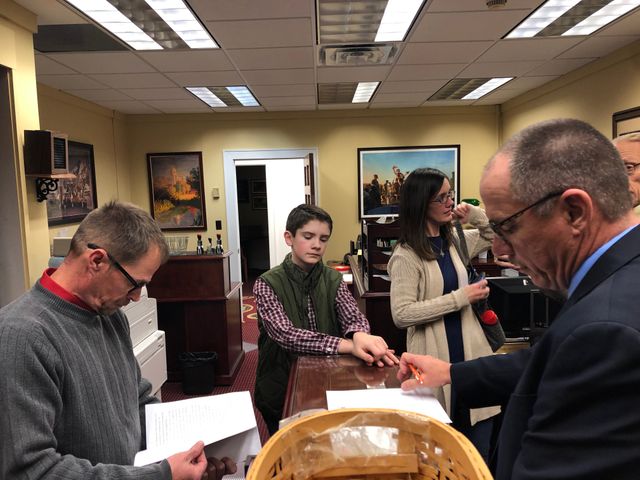 JEFFERSON CITY - Some mothers and lawmakers say a new bill will help people with developmental disabilities, but people in the insurance industry say it could be costly to consumers.

House Bill 399 will make it so insurance companies are required to cover therapy sessions for any child with a developmental disability.

Rep. Chuck Basye, R-Rocheport, and mothers lobbying for the measure gathered at the Capitol, where the bill was pre-filed.

Myers' son Will is missing a portion of his brain, which she said makes things like navigating the steps of the Capitol a struggle.

"We don't ever think about it. For Will, every time he's faced with something like that he has to re-learn that motor plan," Myers said.

Schelp's son has what is known as an unknown genetic disorder.

"I'm excited that kids will finally get the support that they need that they hopefully can be more independent as adults," she said.

Schelp said this is more than just an insurance issue.

"We can affect change as just regular people and as regular parents we can make a difference," Schelp said.

Myers, Schelp and Basye have tried to pass this bill twice before. The first time, the bill died in committee, the second time in the Senate.

Basye said the difference now is there is more support from lawmakers in each chamber. There is a similar bill filed in the Senate.

The Missouri Insurance Coalition released a statement opposing the proposal.

It said, "Requiring a new benefit to be covered by an insurance policy may have the unintended consequence of raising insurance rates for others and thereby causing more people to join the ranks of the uninsured."

Depending on the mandated benefit and how that benefit is defined, the increase cost of a monthly premium could increase from less than 0.1 percent to more than 5 percent, the coalition said.

Some allow a limited number of visits and look for medical necessity when deciding to cover costs.

"Undoing the practice of medical necessity is imprudent as it is one of the industry’s only check and balance to help control costs," the insurance coalition said.

It said it is working with Basye to find a workable compromise.

The bill will go to committee next.