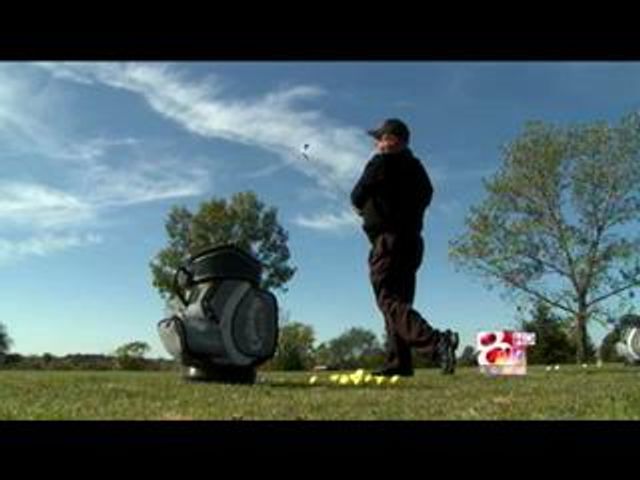 COLUMBIA - Bill Nixon is better known as Buoy on the golf course. But he may be even better known for his luck on the links.

Nixon says, "Playing 175 yards, and I was hitting a six iron- did not see it go in the hole. So my competitor goes up and says 'you're going to pick it out of the hole, not me.' I thought he was kidding, but sure enough, it was in the hole."

But that day earlier this month wasn't Buoy's best day on a golf course. He says, "I was lucky enough to have two in one day. And you've heard the old adage the blind squirrel finding the acorn... that's all it is. It's luck." He also adds, "I've had one here, three at CCC, Columbia Country Club, one at Old Hawthorne and one at the old Fulton Country Club."

Bob Feller, another amateur golfer talks about Buoy's skills and says,"Getting a hole in one... it takes a lot of concentration to just get the ball on the green, that's your first thing. And these guys who do them regularly, like Buoy, are people who really do work to get it done."

Luck or skill, Buoy knows what it's like to find his ball in the hole.

"You think it went in but you're not for sure. And when you get up there you hope it's four inches down in the ground and the ball is there. You sort of sneak up on the hole and you peak your head over, I guess like a turkey looking over a log, and when you see it in the hole it's just... it's unreal. You get this vibration through your body that you'll never experience until you've had one" adds Buoy.... or until you've had six.

Buoy ends the interview by adding that, "October's been a good month for me. Four of the six have come in October. So I guess that's what... trick or treat? I don't know."

It may be a little trick or treat. But, you can't forget luck.