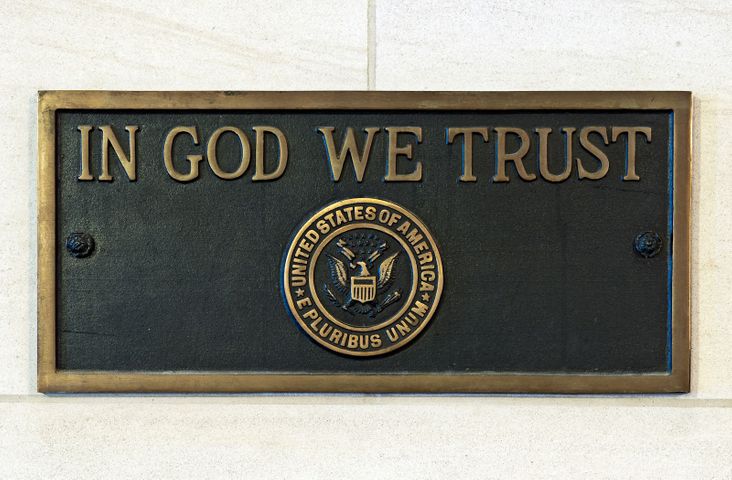 JEFFERSON CITY - A proposed House bill would make it mandatory for "In God We Trust" to be displayed in a prominent place in every public school classroom in Missouri.

"It doesn’t designate any particular god, a god of Abraham or a Christian god or Allah," said the bill's sponsor Dean Dohrman, R-La Monte. "But the point being, if we are going to remain as a united people, you have to believe in something bigger than yourself."

"In God We Trust" is the national motto of the United States. The bill proposes it could be displaying in classrooms on a plaque or student artwork.

Dohrman proposed the bill as a way to unify America "in this time of stress."

Manchester resident Scott McKellar testified against the measure at a House hearing on Tuesday. He said he believes it expresses preference for one particular religion.

"When you put up that motto on the school, you are expressing a decent and unmistakable preference for Christianity over Judaism, over Islam, over Hinduism and certainly over athethism," he said.

Dohrman said he believes putting the motto in the classrooms would help teach civics throughout the state.

"It's a symbol," he said. "It's a symbol that keeps our nation together, it gives us a focal point, it teaches us lessons."

Baptist minister Brian Kaylor disagrees and said he believes it instead would make students feel uncomfortable.

"Placing 'In God We Trust' in a prominent locations in our schools will also send a message to our children that, unless they believe in a monotheistic deity, they are not fully American and perhaps are not even welcome at their own school," he said.

The committee hearing the measure is being heavily criticized.

"The hate mail I got over this it only tells me one thing, we are quite lost in the culture today," said Rep. Dottie Bailey, R - Eureka. "If these 4 words are going to cause an outrage then maybe we need it."

Another committee member said the motto is "pretty broad," and has been interpreted to be kind of secular.

"If it becomes sectarian, then we have a First Amendment problem, because then people who aren't Christian are going to say what about my god," said Rep. Shamed Dogan, R- Ballwin.

This was the bill's first hearing.