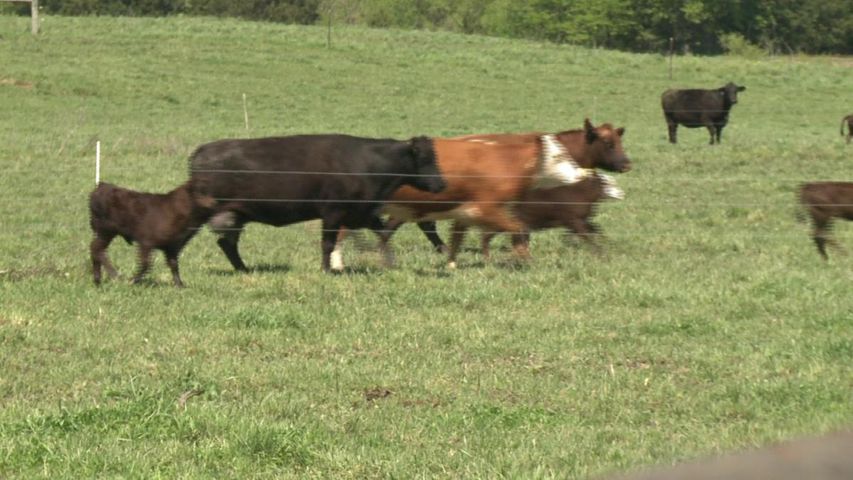 But, if that person were to produce a recording of anything he or she believes to be evidence of animal abuse, authorities can charge the individual with a class A misdemeanor.

Proponents of the bill have said it protects the state's largest industry from being jeopardized by dishonesty and misperception of employees hired by organizations to investigate agricultural facilities. Both Guernsey and the president of the Boone County Cattlemen's Association have said people concerned by the bill may not completely understand the agriculture industry.  They emphasized Missouri farmers are among the best in the nation and take care of their animals, knowing abuse and neglect can result in decreased production and unhealthy cattle.

But, opponents of the bill, including several animal welfare organizations, said the bill is an attempt to suppress "whistle-blowers," who are most likely to expose abusive practices in agriculture facilities. Many have asserted that improving conditions in agricultural facilities largely relies on undercover investigations, like one launched by the Humane Society of California in 2008--when, after an undercover video exposed cattle being shoved with forklifts in a California slaughterhouse, the USDA recalled 143 million pounds of beef from the slaughter facility.

Guernsey said the bill does not prevent people employed at agricultural facilites under honest pretenses from reporting or recording evidence of animal abuse.  But, he said it seeks to stop particularly animal wefare organizations from launching undercover investigations.

"These groups do not understand agriculture. They don't understand farming, and they have an absolute goal of putting farming operations out of business. So we just have to be proactive and prevent that from taking place...these groups are going to continue, and we just can't allow it in Missouri," Guernsey said.

LaVaute said the organization has never conducted any undercover investigations into agricultural facilities.

Animal Protective Association of Missouri Executive Director Steve Kaufman said, "Any anti-'whistle-blower' law that inhibits people frmo being able to see where there's wrongdoing and help correct it is something that's not going to be beneficial to animal welfare."

But, Guernsey countered, "If you read the bill, we're very careful not to prevent reporting of bad behavior--we don't want that to happen. But, at the same time, people need to realize there are people out there dedicated to destroy agriculture."

Guernsey said the bill could pass out of the House as soon as Thursday and then will go to the Senate floor for a vote.  If passed out of the Senate, it will await the governor's signature.