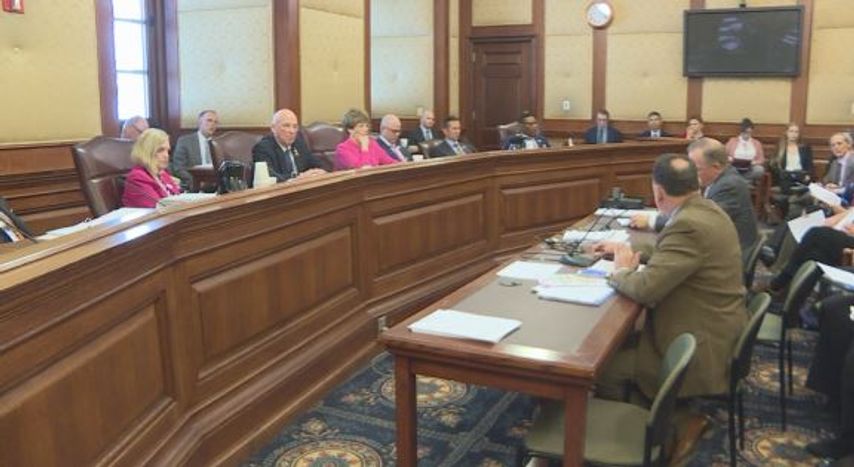 JEFFERSON CITY - A proposed state Senate bill would prevent businesses from boycotting or discriminating against Israel if they are receiving money from Missouri.

Legislators discussed Senate Bill 308 on Tuesday. It would not apply to contracts of less than $100,000 or to companies with fewer than 10 employees.

"Israel is America’s number one ally on the world stage and a very important trading partner for the state of Missouri," he said. "I think its really important that Missourians through their public contracts, voice their values and support the state of Israel."

Onder said the bill would only effect businesses.

"Individuals are certainly free to do what they want and still do business with the state of Missouri," he said. "And then, larger businesses, they are free to boycott Israel if they want, but they have no right to Missouri taxpayer money."

Neveen Ayesh is a Palestinian-American who opposes the bill, and her father owns a business that would be affected. She said the bill would take away an outlet to peacefully protest.

"We choose boycotting as a peaceful method of resisting the occupation, whether here or in Palestine," Ayesh said. "I chose to boycott the state of Israel because of the oppressive policies I lived under for ten years."

Daniel Swindell, who lived in Israel for two years, testified in favor of the bill.

"You can't discriminate against any nationality, race, gender and also be granted a state contract," he said. "You can privately do some things that you want, but this doesn’t infringe on that. It does not infringe on free speech."

Ayesh said she experienced discrimination and repression as a Palestinian when traveling through Israel. She said living in America has made her realize the depth of repression in Palestine.

"I don't have to choose to study at a different university because I am Palestinian or because I am a brown person or a Muslim as well as American," she said. "I have my water and electricity 24 hours a day and it's not control by a government who can just shut it off randomly because of my heritage or nationality."

Thirteen people and organizations testified for the bill while 10 testified against it, including George Smith, who received the Nobel Prize in December.

Jeff Sack of the Mid-Missouri Fellowship of Reconciliation testified against the bill saying, "I don't want this considered in our state, it's an international issue."

A similar bill, House Bill 1106, was also heard on Tuesday. If passed, Missouri would join more than 25 states that have passed a law banning boycotts or discriminations against Israel for people taking state money.