Bill would require Pledge of Allegiance daily in public schools 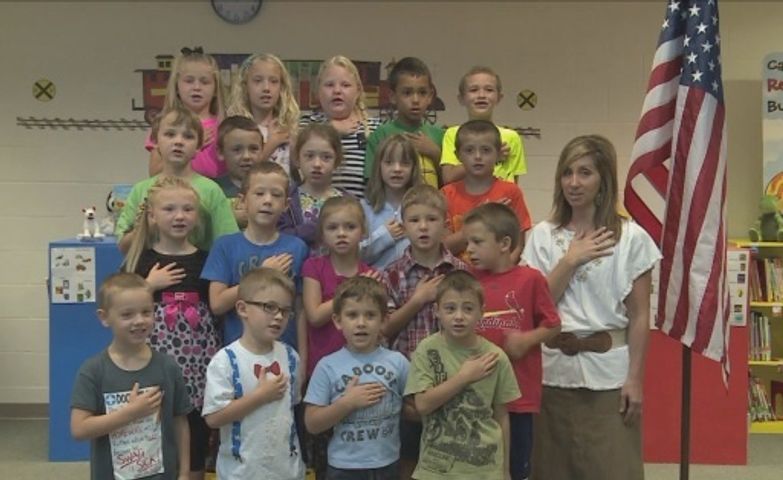 COLUMBIA - "I pledge allegiance to the flag:" Many people can remember reciting the words at the beginning of every school day.

A proposed bill in the Missouri House would require public schools to set aside time every day for students to recite the Pledge of Allegiance together. Current Missouri law requires schools to have students recite the pledge at least once a week.

The Missouri House  committee on Emerging Issues in Education met Monday to discuss the bill. Rep. Shane Roden (R-Cedar Hill), the bill's sponsor, said it is "our patriotic duty" to have students recite the pledge daily.

The requirement has been a controversial topic in the past. Opponents say the pledge should not be recited in schools because it includes the phrase "under God," which many argue is a violation of the separation of church and state.

Nyila Malik, whose son attends New Haven Elementary, said, "We all come from different walks of life and different cultures and your God might not be my God. It's not fair to lead kids in saying something they don't fully understand."

In a case in May, the Massachusetts Supreme Court ruled that including "under God" in the Pledge of Allegiance does not discriminate against non-religious public school students, since reciting the phrase is voluntary (Jane Doe v. Action-Boxborough Regional School District).

John Fussner said he is happy his grandson is growing up reciting the pledge.

"It's our heritage and it represents the principles this country was founded on," Fussner said. "I think it would be disrespectful not to have them say it."

"I didn't do it as a kid. Not out of disrespect, but because I didn't think that needed to define me," Malik said. "And I know kids looked at me different and it made me uncomfortable."

The committee did not take any action on the bill in the meeting Monday. Roden said the committee will likely vote on the future of the bill within the month of February.