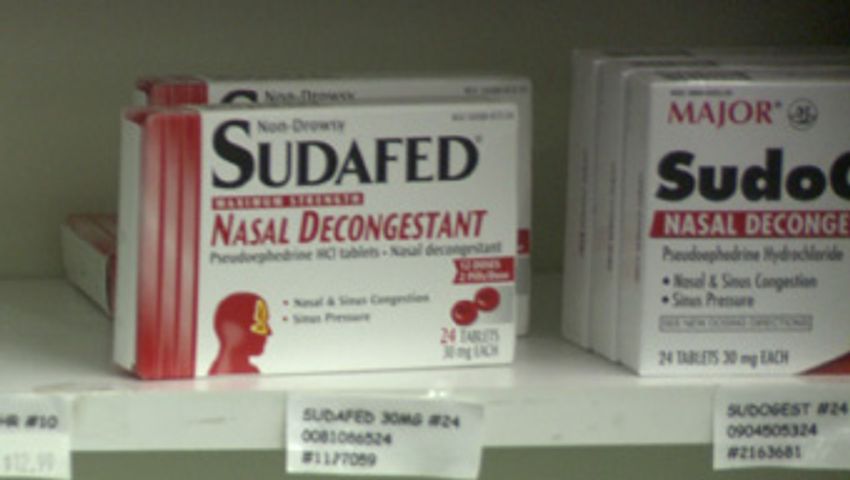 JEFFERSON CITY - Republican State Representative Dave Schatz said Monday he wants to limit the purchase of certain cold and allergy medicines like Sudafed and Claritin-D to only those who have a doctor's prescription for the drugs. The House Crime Prevention and Public Safety Committee will likely consider House Bill 658 this week. Sudafed and other cold drugs contain pseudophedrine, an ingredient used to make illegal methamphetamine. The house already had a public hearing on the bill, but it has not been voted on yet. After the Crime Prevention and Public Safety Committee hears the bill, it would have to go to the House Rules Committee before it can be put on the calendar for the house to vote. The house ends its session on May 13th.

"It's been accessible," Schatz said. "People can obtain it, and that's why we feel it's necessary to get it to a point where they don't have access to it."

Pharmacies like D & H Drugstore have gone through changes as to who can buy the medicine. Now, the store has to sell pseudophedrine meds behind the counter. In years past, it could just put it out on the shelf.

"We probably sell six or so packages a day," Pharmacist Gene Forrester said. "It picks up a whole lot because there's more need of it with seasonal allergies right now."

Columbia resident John Budd worries the new bill infringes on people's rights. He also has friends who he said might be affected by the new bill.

"I'm skeptical that any further measures will do a whole lot in further curtailing the meth labs," Budd said.