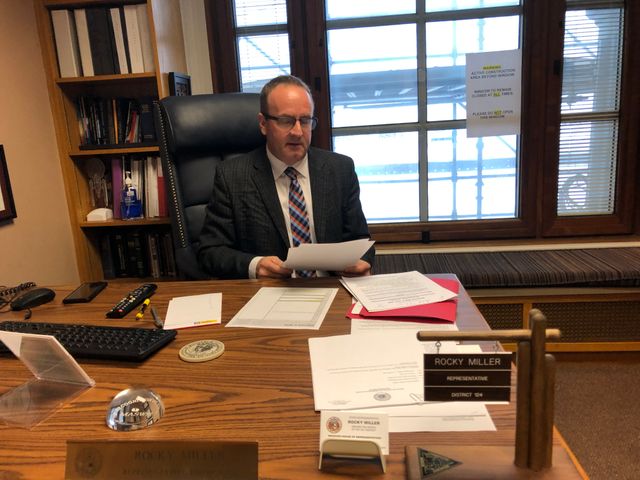 JEFFERSON CITY - A bill before the Senate on Thursday would require school districts to provide sexual abuse training to students starting in sixth grade.

House Bill 739 has already passed the House. Its sponsor, Rocky Miller, R-Lake Ozark, said it’s “never too late” for the bill to make it past the Senate before this year's session ends.

Miller said his previous experience working in education informed him as he drafted the bill.

“I was a school board member for 13 years prior to becoming a state representative, and I was also a director of the Missouri School Boards' Association (MSBA),” Miller said. “I’m aware of what kind of rules we have out there.”

If passed, every Missouri school district would have to provide “trauma-informed, developmentally-appropriate” sexual abuse training to students in sixth grade and above. This training would include ways to recognize sexual abuse, how to report it and what the available resources are for students.

Susan Goldammer is an attorney with MSBA. She said she feels sixth grade is an appropriate age to talk about sexual abuse with students.

“School districts are going to be very cognizant of the fact that a child’s knowledge at sixth grade is a little bit different than in 12th grade,” Goldammer said. “Their maturity is different. The reality is that there are many children who are sexually abused before sixth grade.”

Miller said some people have told him they think the training should start even younger.

“Even a senator today said, ‘Boy, I’d like to see that training go even younger so that we know younger children can identify abuse from older people,” Miller said.

Goldammer said she thinks it would be an easy transition for school districts, as many teachers are already providing this type of support to their students.

“School districts catch and report a large amount of the abuse and neglect that is investigated in the state,” Goldammer said.

The bill includes an opt-out options for parents who want to excuse their students from the training. Goldammer said this stems from the debate over what parents versus schools should teach.

Goldammer said she’s glad society is at a place where people are comfortable to have conversations about sexual abuse.