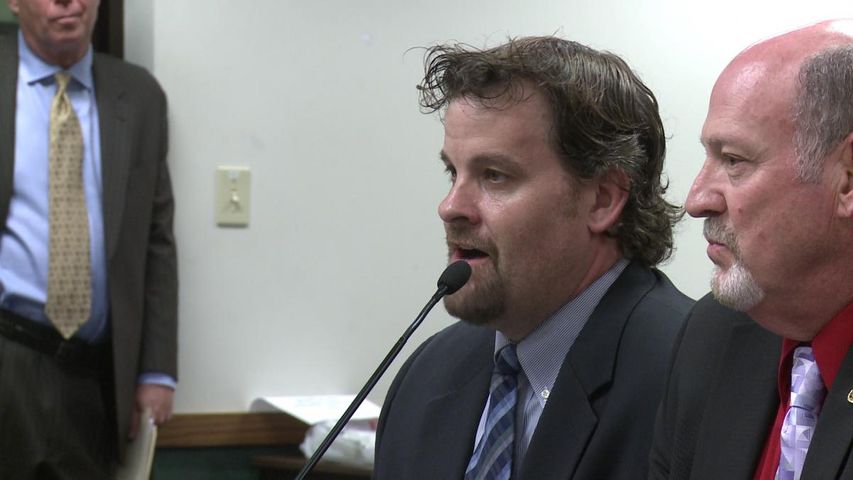 JEFFERSON CITY - Legislators held a hearing at the Capitol Wednesday on a bill that would require health care practitioners administering vaccinations to children younger than 7 years of age to provide a list of ingredients included in the vaccination to the parent or guardian of the child. Prior to the administration of the vaccination, the parent or guardian would have to sign a paper or electronic document developed by the Department of Health and Senior Services. The document would list the vaccination ingredients, and would include information on how to obtain additional information about the ingredients.

"It is such a huge thing in a child's life," said bill sponsor Don Phillips, R-Kimberling City. "They start off getting the vaccinations as soon as they're born, and just countless vaccinations by the time they're 7 years old, and I think it's important that people know what's in those shots."

"They could request or receive that service without legislation mandating that they do that," Hodges said.

"This list won't make sense to parents," Howell said. "A lot of the things that you'd think are dangerous that are in these vaccines are used as preservatives, for sterilization, they're used to keep them fresh. Things like mercury. If you hand out the list of ingredients in the vaccine, it doesn't say mercury. It says thimerosal. A parent will see that and not know what in the world that is."

"I think the ones that are concerned about it, do understand a lot more than they're given credit for knowing," Phillips said. "Because they make it a commitment on their part to understand these ingredients."

"That information is readily available now," said Trina Teacutter, nursing coordinator at the Boone County Department of Public Health and Human Services. "A lot of parents come in for vaccinations, having already researched that. I think parents that are interested in that information have already done some background checking before they come in."

Howell said the bill could become an unnecessary burden for physicians as well.

"Anytime that we're providing information on vaccines to parents, it's not really an inconvenience for us," Teacutter said. "We want to do that, we want people to be informed and knowledgeable about the choices they're making for their children. I think it might be more of an inconvenience for the parents, who maybe don't necessarily want all that information."