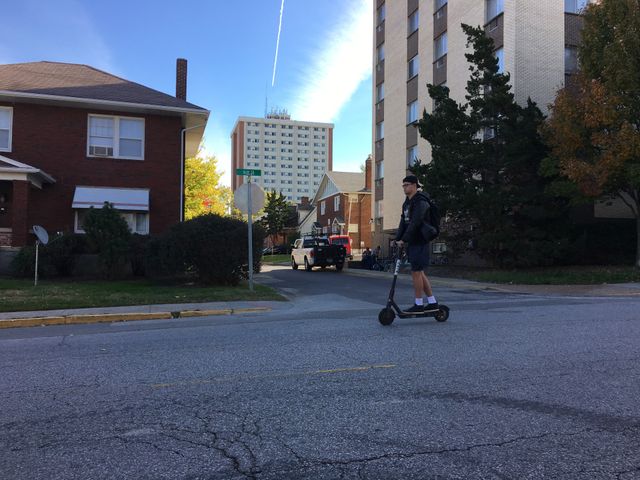 COLUMBIA – The City of Columbia now has a draft interim agreement with the Bird Scooter Company.

Bird and Columbia have been at odds in the last couple months, with the city not officially recognizing Bird as a business. JJ Musgrove, Deputy City Manager for Columbia, said this is just the start of the process and the fate of Bird in Columbia is still unknown.

“This agreement overall outlines a potential relationship between Bird Scooter Company and the city,” Musgrove said.

As stated in the draft, Bird has to pay the city a regulatory fee of $10,000 within a month of the effective date of the agreement, as well as a ridership fee of $1.00 for every scooter in operation each day.

When it comes to parking, the agreement states the scooters must be parked on the sidewalks, not in the way of pedestrians, and upright.

However, not all Bird users know the rules. Adam Bippen is a frequent user of the scooter and admits that not a lot of people do.

“I know the basic rules of. It says on the bird you have to have a helmet and that you cannot ride on the sidewalks and you can only have one person to a bird, other than that, that’s all I know,” Bippen said.

He does think that Bird users should research the rules before riding.

Musgrove said enforcement will be challenging because they don’t have the police force. He said the city is planning on implementing an education campaign. The campaign will include short videos educating riders where they can and can’t ride as well as how to be safe on the scooter.

Per the agreement Bird must also hire employees or get volunteers to monitor the scooters, within 30 days. These individuals will make sure Bird users follow the rules of the agreement.

If Bird does not regulate the scooters, the city can move or even impound them. If a scooter is in a location more than 72 hours, the city can remove it without telling Bird and can place it in storage at the company’s expense.

The agreement states the city isn’t responsible for any damage to any scooter impounded or taken into storage.

It also requires Bird to make all of the rules known on the app or online.

Columbia officials used agreements in other cities to draft their own agreement with Bird. They also held discussions with several colleges in the area, the Downtown CID, and the Downtown Leadership Council, as well as the Biking and Pedestrian Commission and the Disabilities Commission, according to the city’s press release.

Officials say this draft may provide a good starting point for agreements with other dockless scooter companies, like Lime.

The draft was signed by officials at Bird and will introduced on the Nov. 5 City Council agenda. It will also be New Business on the Nov. 19 agenda.

Musgrove said that this is just a draft and may be subject to change after the meeting.

“It’s a blueprint for the future,” Musgrove said.