Bird lovers get a closer look at backyard birds 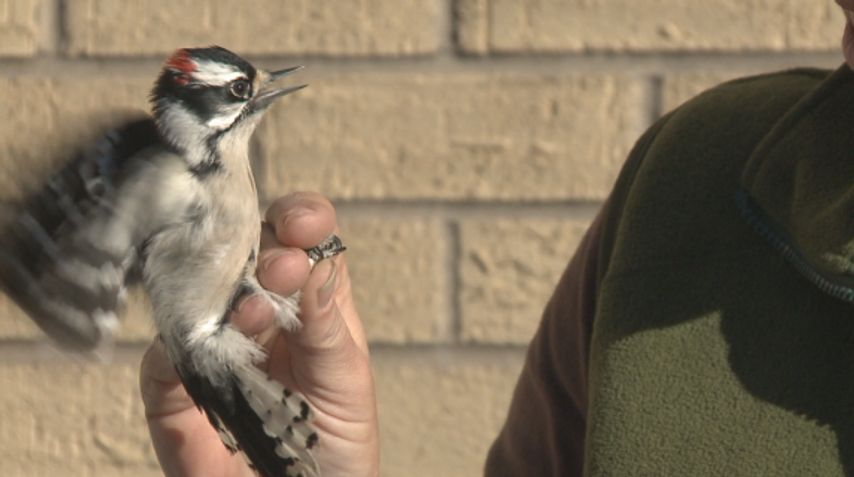 JEFFERSON CITY - Bird lovers got an up close look at birds typically seen in their backyards Sunday.

It was at a demonstration called Backyard Bird Banding.

The Missouri River Bird Observatory, a non-profit organization that gathers research for conservation programs and a store called Birds-I-View paired together for a reason that was two-fold.

"We would like to get people into conservation and into backyard birds," Regina Garr, co-owner of Birds-I-View, said. "When you can see them close up, you can get to know them better."

The Observatory set up nets in the garden to capture the birds that normally visit. It collected data on the weight, body fat and wingspan of the birds, then added federally-permitted bands, as well as colored bands, to track the movements of the birds.

"Not all that much was known about species winter site fidelity, which is how faithful they are to particular site," director of the Missouri River Bird Observatory, Dana Ripper said.

With birds banded, Regina Garr and her husband Steve Garr can collect data on birds that come back to the garden.

"We've had some birds that we've banded in 2012 that came back four, five winters in a row," she said.

The Observatory has banded 178 birds that visited the Birds-I-View garden. The Garr's have seen around 54 birds return.

"All this data goes into one big database tracking longevity of birds," Ripper said.

That database is at the bird banding lab at the Patuxent Wildlife Research Center in Maryland.

There will be two more bird banding demonstrations in January and March.