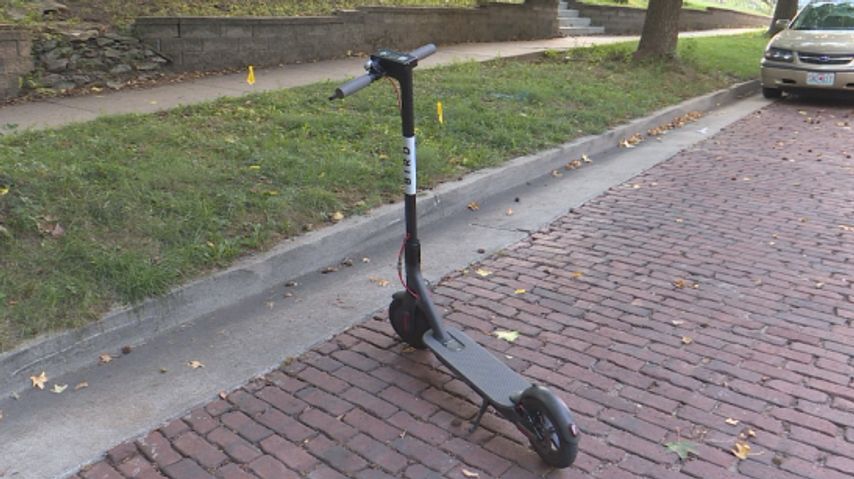 COLUMBIA - Bird scooters showed up across MU's campus and downtown Columbia this past week and they've got people talking.

The scooters are here as part of a pop-up tour of 150 universities.

Bird scooters started in California and are now in cities across the country and world like St. Louis, Kansas City and even, Paris.

But, the University of Missouri wants the scooters gone, according to the Associated Press.

The university has safety concerns like people riding without helmets and riding on the sidewalks.

Henry Kraus said he thinks the scooters do pose a safety threat.

"I see their point, people flying down the sidewalks on electric scooters on campus, that's probably a bad idea," he said.

But, Kraus said he thinks there is a way for the scooters and university to work together.

"To follow the rules like bikes, stay on the streets. Because again if people try to do it on the sidewalks it's just bad news," Kraus said.

To use the scooters, people download the Bird app, use the map to find the nearest scooter and scan the bar code on the handle bars. Riders do have to pay a fee based on how long they use one.

Sean Lafond is a Columbia resident who rode a bird scooter for the first time on Sunday on his way to get lunch with a friend.

"Took us five minutes to download the app and sign up and we were on our way," he said.

A Bird spokesperson told KOMU 8 News that the company, MU and the City of Columbia met Friday and had a "good conversation."