Bird scooters have flown into Columbia 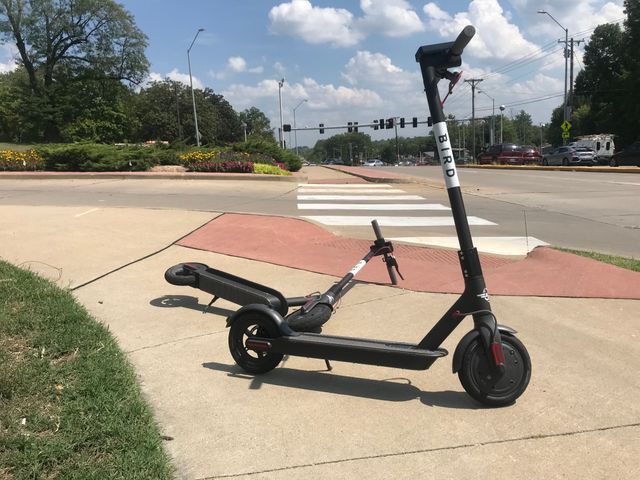 COLUMBIA - Bird scooters have made its way to Columbia.

Bird scooters were put all over downtown and into MU's campus. They are rechargeable scooters that you can link up to your credit card, and unlock with in the app.

The City of Columbia has yet to come out with a statement about the scooters, even though it has been a few days since its arrival.

"The only thing I can say at this time is that the City is reviewing Bird scooters as we speak," said the Communications and Marketing Manager of the City Brian Adkisson.

According to Adkisson, the only thing the city can definitively say is that the Bird scooters are allowed on trails because they are motorized transportation.

Although the app checks to make sure you are at least 18-years-old, there are no rules to wearing a helmet, texting while driving or if you're supposed to drive on the street or sidewalk.

Kyle Bernstein, a Bird scooter user, say he likes the scooter to get to his classes faster, but does have concerns for people who may not know exactly how to use them.

"I did see one the other night when we were out just completely thrown on the ground and halfway on the street. I think people should take more care of them," said Bernstein.

Bernstein said he is confident enough in himself to stay safe while on the scooter, and hopes drivers in cars are just as aware.

"I think it's important to know your surroundings. If you hit them or they hit a bump, they're off the scooter - but you're in a car and there's no seatbelts on these obviously. So definitively just use caution around them," said Bernstein.