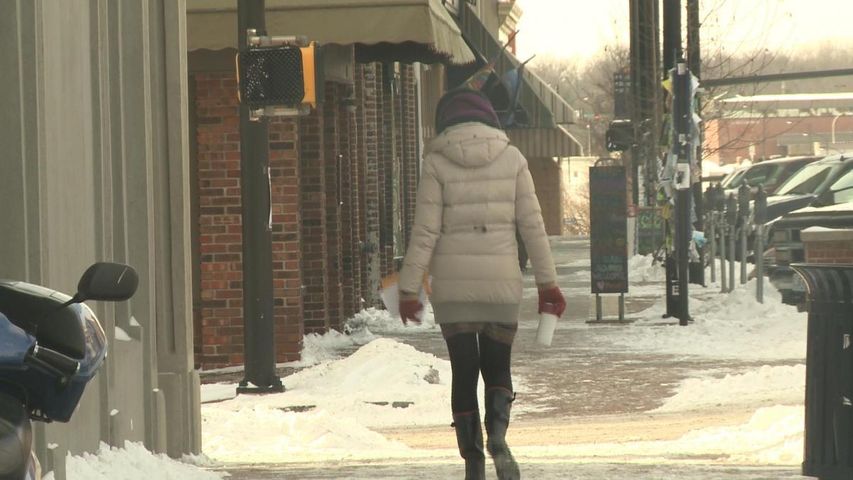 "We're at a high risk time for frostbite right now because of the subzero temperatures with strong winds so even being outside for a very short period of time, less than 15 minutes, can put you at risk for frostbite," said Dr. Christopher Sampson, an emergency physician at University Hospital.

Sampson said frostbite is not common in this area of the country, but has been more common lately because of the frigid temperatures.

"The initial symptoms can be what's called frostnip, so you may develop just some pain and itching in those areas and redness, then if that progresses to the more severe symptoms of frostbite can be more severe pain to the point where they become numb. Those symptoms may not become apparent until hours or days later," said Sampson.

Sampson said frostbite most commonly affects exposed areas of the body with less blood flow such as fingers, toes, noses and ears.

"The big tips are to stay inside whenever you can, limit your time outside. If you are going to be outside, have gloves and hats and other things that can cover up those areas that are prone to frostbite," said Sampson.

Sampson said pain medication and warming of the affected area can usually cure mild frostbite. He said people with diabetes are at a higher risk of frostbite.