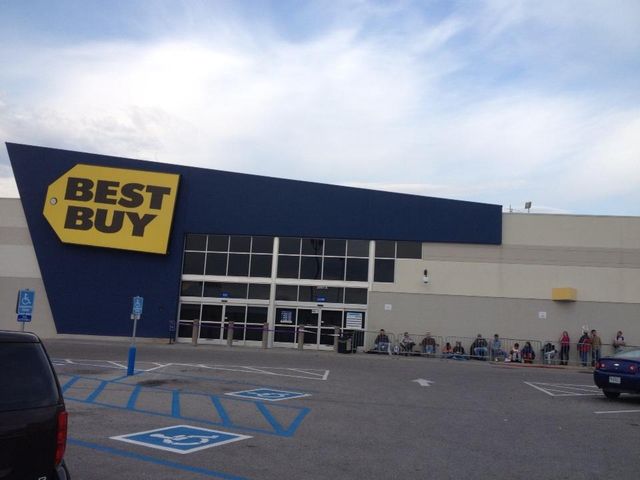 COLUMBIA - Black Friday is more like Black "Thursday" this year.

Bargain hunters showed up to Best Buy Thursday morning as early as 5 a.m. to get their places in line. Travis Salvo was one of the first people in line.

"It was pretty cold at the start, and it was pretty cold most of the way through," Best Buy shopper Travis Salvo said. "I was just kind of talking to people and relaxing, everybody is in a pretty good mood, it's shopping season, it's holiday season."

Columbia resident Hank Koebler was with Salvo in line. He said their experience was well worth the wait.

"I know early one guy came, and he brought the four of us that were already camped out. He brought us McDonald's, and we couldn't tell if he was just encouraging us or if he thought we were actual homeless people camped out on the sidewalk," Koebler said.

Best Buy will be open until 1 a.m. Friday morning.