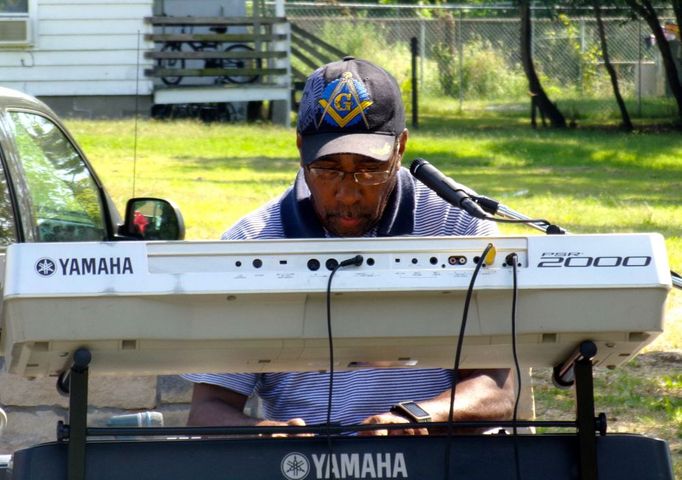 COLUMBIA - One modern day Renaissance man, who was honored at the Columbia Values Diversity Awards, has made a lasting impact on the community for over three decades.

Bill Thompson helps preserve African American History and is revered by many who know him.

C.A.R.E Supervisor Ron Schmidt said he has long talks with Thompson about the history of the community.

He said keeping the past alive is important so people know where they came from and what came before them.

"He is a keeper of history here in Columbia in the central city in the African American community, and his knowledge is incredible," Schmidt said.

Thompson has traveled around the community to organizations and schools to teach African American history.

He also helped to preserve a historic site in Columbia.

"After 15 years I am happy to say the Blind Boone House is finished and will be something that will be here and a part of this community for many of years to come,” Thompson said. “And it will show the impact of the African American community."

Thompson is the director of the Dr. Martin Luther King, Jr. Memorial Association in Columbia.

Joan Sorrels became friends with Thompson after working on annual programs for the association.

She recently asked him to join the Historic Sites Committee at the Boone County Historical Society.

“Bill and I are working on short histories of local black churches as Bill has much valuable information collected on local history,” Sorrels said. “At our meetings, Bill has shared valuable pictures of the past (before Urban Renewal, etc) and members of the committee have shown much interest in the pictures and what Bill shares with us verbally!”

Thompson has worked as a recreation specialist with Columbia Parks and Recreation for 35 years.

Recreation Supervisor Camren Cross said, "Columbia is very transient, people come and go so one really cool thing about Bill is he's always been able to adapt to the change."

Thompson had a hand in many programs, from a summer camp at the Armory, to Moonlight Hoops, which is a nighttime basketball program to keep young people from getting into trouble during the evening.

Thompson was on the initial committee for the C.A.R.E. Program, which offers a chance for young people to develop work-related skills.

The director of Columbia Parks and Recreation, Michael Griggs, has known Thompson since Griggs started working for the city in 1984.

He said Thompson works to ensure Columbia is a great place to live, work and play,

Griggs said Thompson helps to generate donations because he has seen the community recreation staff decrease and a drastic cut in resources for program materials and supplies.

“Bill recognizes that how kids spend their free or leisure time undoubtedly impacts their developmental trajectory, Griggs said. “He felt that if he could engage youth by providing a variety of opportunities for them to explore their interests, gain competency in real world skills, solve problems on their own, become leaders and simply have fun, he could develop valuable community members.”

But the extent of Thompson's work has not only involved buildings and programs.

He also touched the lives of many individuals though his work.

After volunteering her time at the center, Mcclain eventually became one of Thompson's coworkers for Parks and Recreation.

"He's just one of God's gifts. They come and I was fortunate enough to be able to meet him and to be involved,” Mcclain said. “And I appreciate that because, through all the things I've done and places I've gone, I probably wouldn't been able to do that if I hadn't met Bill."

Through it all, Thompson said, the best awards he's received from his work have been from the people whose lives he's impacted.

Thompson plans to retire from the city in March, but that doesn't mean he won't be around.

Cross said he has grown “pretty tight” with Thompson working together over the last 12 and a half years and that he’s definitely going to be missed.

“He’s like you ‘know you can call me if you need something, you need help with this event I’ll come by and do this, you know if this is happening you know I’ll come by,’” Cross said. “So he'll be retired per se, but he'll still be hanging around.”

Thompson has his own goals after retirement.

"Going on, I will start getting involved in some more things,” Thompson said. “I'll still be working with the Blind Boone Home and I will also be working on some projects with the Boone County Historical Society also."