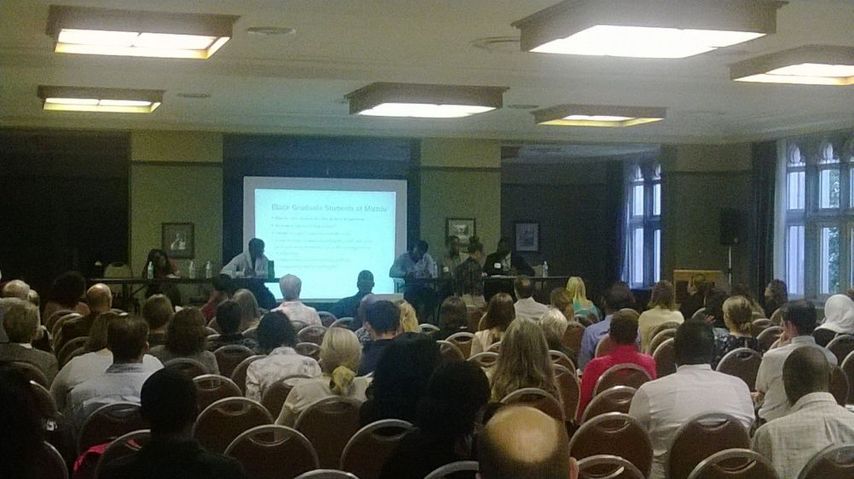 COLUMBIA - MU faculty and students discussed diversity and inclusion on campus and in the community at the 2015 Black Studies Fall Conference Thursday morning. Several panels gathered to present statistics about the black population on campus, personal experiences and new campus initiatives.

Marshall Allen, political chair for Legion of Black Collegians, said the conference is meant to educate people and create awareness in the community.

"Conferences like this are for the purpose of educating," Allen said. "It's not a bashing session, it's not a bunch of black students being angry, it's educated people coming together with problems."

Allen did not comment on Chancellor Loftin's diversity initiatives or the incident involving MSA President Payton Head, but said situations like Head's are not uncommon.

"What happened to President Head was very unfortunate, but the truth of the matter is these are situations that have been going on for far longer," Allen said.

Head will speak at the conference Thursday afternoon.