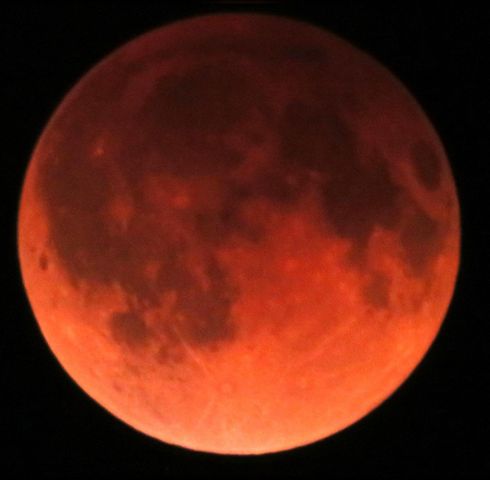 COLUMBIA - The 'blood moon' emerged over mid-Missouri Wednesday morning and it did not disappoint.

Angela Speck, director of astronomy at the University of Missouri, said the red coloring of the moon has to do with what the sun's light travels through.

"The sunlight is going through the Earth's atmosphere," Speck said. "So if you think about how what a sunset looks like, you have those lovely reds, and all of that light is what's going through and getting to the moon."

At about 6:30 a.m., something unique happened: both the setting moon and rising sun were visible in the sky at the same time. Speck said that's what made this lunar eclipse particularly special.

"You have this moment when the sun is coming up and the moon is going down and they're actually both in the sky together," Speck said. "You can actually see the moon partly eclipsed and the sun all at the same time, and that's kind of cool."

According to NASA, the next total lunar eclipse will be visible from North America on April 4, 2015.