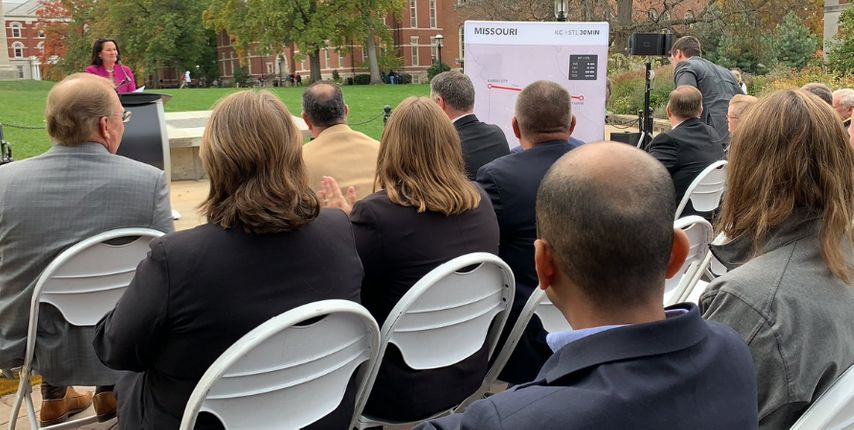 COLUMBIA — Missouri House Speaker Elijah Haahr, R-Springfield, and members of a special blue ribbon panel on the Missouri Hyperloop project presented their more than 200 page report on Monday afternoon at the University of Missouri.

The plan attempts to make Missouri a global epicenter for hyperloop technology through small changes in state law. It would help the state contend to build the first certification track, which would hopefully expand into a full track from Kansas City to St. Louis, with a travel time of 30 minutes.

"We got something that no other state has with our geography," he said. "With having a topographical and straight line map between St. Louis and Kansas City."

Speaker Haahr said he doesn't know where the funding for the proposed project will come from since the request for proposal hasn't been announced yet, but believes it will be funded through public and private funds.

Lauren Leslie, who said she would use the hyperloop, said she hopes it comes to Missouri so she can travel to Kansas City and St. Louis quickly.

Madison Parry, who is a student at the University of Missouri, said the amount of time spent preparing for the project is only worth it if Missouri gets the hyperloop.

"Time is money," she said. "You put a lot of time and energy into something that wasn't fruitful and there's nothing to show for all the time and money spent to get this big project constructed.