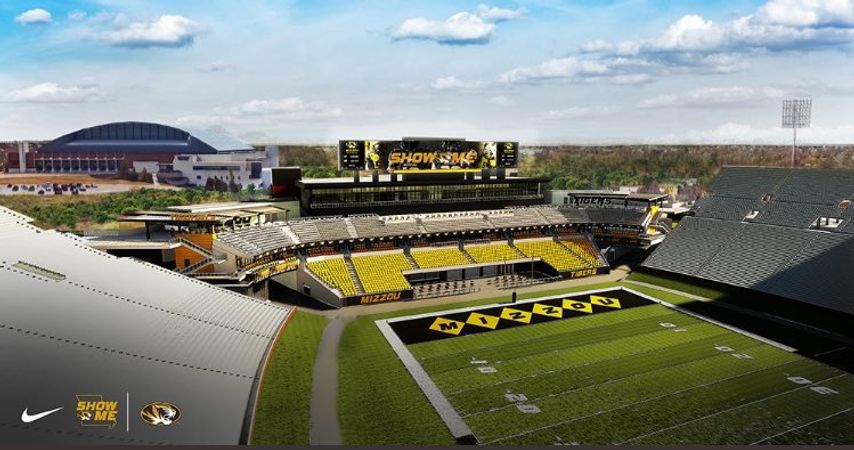 The $98 million expansion is set to include new training facilities, locker rooms and premium seating for fans.

Mizzou Athletics said the new additions will give fans more space and amenities like a club area and suite seating.

"We're in an environment where we need to provide an opportunity for our fans to engage on another level, and this will give us a number of opportunities to do that," Mizzou Athletics Director Jim Sterk said.

Funding for the project will come from campus infrastructure funds totaling $800,000, and long-term debt expenditures not exceeding $57 million. Various fundraising efforts are also expected to total around $47 million.

"This has been the largest amount of money that's been raised for a project at Mizzou," Sterk said.

Despite losing around 6,000 stadium seats, project coordinators expect a return in revenue of about $6 million from opportunities like group sales and vendors.

Sterk said the upward economic impact of the project will not only affect MU but the region as a whole, bringing in more jobs for residents.

"I know this is something the athletics department has worked hard on and it's something all of us can be very proud of," UM Curator David Steelman said.

The project is set to be complete by August 2019.