Board of health sends tobacco licensing recommendation to city council 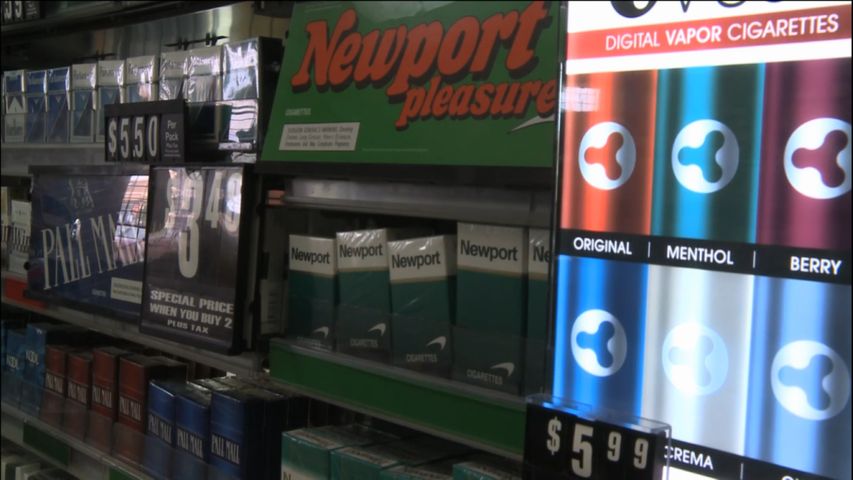 COLUMBIA - City council members will take a look at new recommendations made by the Columbia Board of Health in Monday night's meeting.

The recommendations focus on a Tobacco Retail Licensing Program based off of a similar model in St. Louis. It would require all tobacco retailers to purchase a specific license before selling any tobacco products.

Board of health member Lynelle Phillips wants this ordinance to eliminate the number of retailers who sell to minors, but doesn't want it to hurt any businesses.

"It's not overly restrictive. I mean people are trying to run a business, make money and stuff. So, we don't want to impede their ability to do that, but we also want to compel them to do that responsibly," said Phillips.

The fees retailers pay for the licenses will fund the two compliance checks they receive each year to make sure they're not selling tobacco to underaged individuals.

The money will also go towards educating those who get the license, according to Phillips.

"Those fees would be collected to support enforcement," said Phillips. "It will also go towards educational programs for the tobacco retailers who may not be familiar with the spotting of false ID and the strategies of checking people for their age. So it would be similar to the alcohol retailers in town that have been trained."

According to the letter of recommendation from the board, each time a retailer is caught selling to someone under 21, the fine would increase. Once the retailer reaches a fifth offense, they could experience a $1,000 fine along with a license suspension.

The proposed idea is similar to rules in place in St. Louis County, but the Columbia program would have lighter penalties. The board hopes it can get an ordinance passed by the end of this summer.