Boaters return to the water at the Lake of the Ozarks 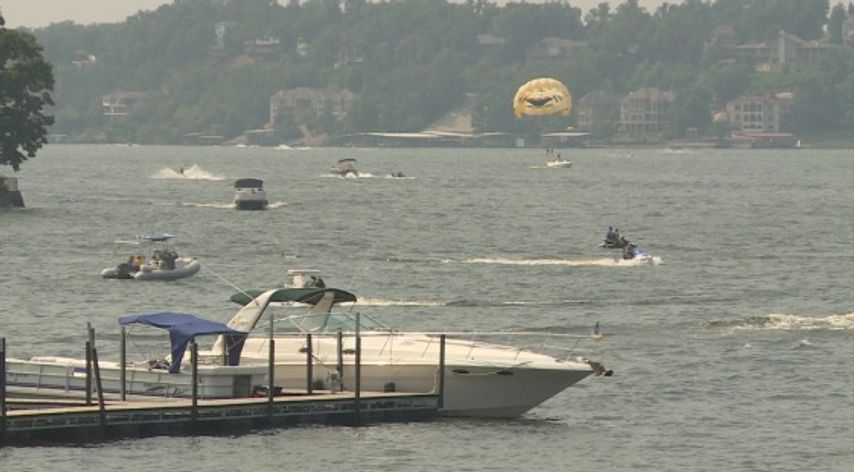 Brian Geier with MSHP said, "It's been over twenty years since I've seen it this high."

Morgan Bigge, an employee at MarineMax, said, "It's been crazy. It's been really busy. Everybody's just really excited to get back out on the water."

Geier said just because the no wake zone was lifted didn't mean boaters could return to normal activity.

"We do want people to still exercise the highest degree of care, there's still quite a bit of debris in the water," he said. "There still are some seawalls that are underwater. A large wake will still roll over those seawalls."

Geier said boaters should watch their speed and look for floating or shallowly submerged debris. He said water sports were safe as long as drivers and others in the boat were paying extra attention.

Bigge said Saturday was a return to normal for traffic at MarineMax, after an unusual lull Friday.

"There were a few but it was really unusual for a holiday weekend to be as slow as we were," she said.

Thursday's no-wake policy was intended to prevent incidents of flooding, which can easily happen if a large wake reaches a shore that is already over flood stage.

Geier said, "For the most part everybody obeyed. We did have a few people who were unaware of the restriction. We took care of that by the use of warnings, educating people. Everybody was very receptive."

Bigge said, "We always just tell people to be courteous of everybody ... when they're out on the water, and we've been reminding them all day that the lake levels are still really high so if they're near docks, they should probably go slower."

Officials said Thursday they would wait for the lake surface elevation to fall below 661 feet before lifting the order.

No-wake policy lifted at the Lake of the Ozarks