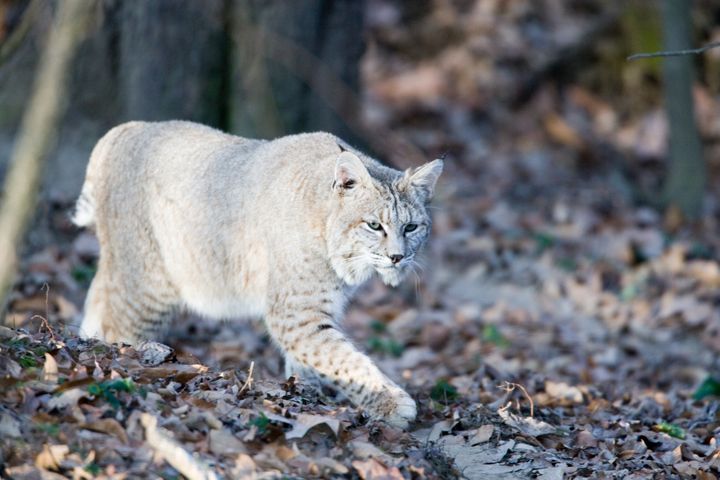 COLUMBIA - The population of bobcats in Missouri has been increasing over the past 20 to 30 years, according to the Missouri Department of Conservation.

"Bobcats are much more common than what the public realizes, they tend to be very secretive and pretty shy," according to the Wildlife Regional Supervisor John George.

He said one reason the population has grown is due to a decrease in trapping, since the fur market is no longer as strong. Also, there aren't many predators to bobcats in Missouri.

A woman in Jefferson City sent pictures to KOMU 8 News of a bobcat she found on her property last June. She said she called animal control and they took the bobcat to release it back into the wild elsewhere.

George said bobcats are not usually dangerous to humans and there have been very few reported attacks or bad interactions with the animal.

"Any mammal could bite you, and you have whatever damage the bite could do, and the potential of rabies transmitted if the animal happened to be rabid," George said. "But, it's really uncharacteristic for mammals to attack people except in circumstances when people are messing with them."

NBC news reported three people in Texas were bit by bobcat kittens they mistook as domestic cats over the weekend.

The people found the kittens in San Antonio, Texas, and fed them milk with a bottle, however they realized something was not right when the kittens tore up the bottles and bit the caretakers.

They called animal control and the kittens were taken by a wildlife rescue group that is trying to reunite the kittens with their mother.

George said bobcats look like tabby cats on steroids because they average at 25 pounds while most house cats weigh less than 15 pounds.

"The live in all of our habitats, and like I said they're very secretive, and where I've seen them most often is like crossing the road and I'm driving," he said.

He said people often confuse bobcats with mountain lions, or they confuse seeing one of the two with a large dog.

"People will confuse them because people want to think they saw a mountain lion," George said.

"The states to the West have territories that are pretty full of mountain lions, so the young males seeking out their own territory end up coming east, and they'll end up in the Midwest."

The department has verified over 70 mountain lions in the state in the past 20 years.

"But we've seen zero evidence of reproduction of mountain lions in the state and that's because we think the males keep moving because they don't find a female, so there's no reason to set up a territory and stay."

He said if you see a mountain lion, report it to the Missouri Department of Conservation and take a picture if you can for evidence.

George said if you see a bobcat and you have small pets, you should try to scare it off and make it feel unwelcome because small pets could be potential prey.

"Bobcats are really neat to see, they're a beautiful animal, and consider yourself lucky if you get to see one," George said.