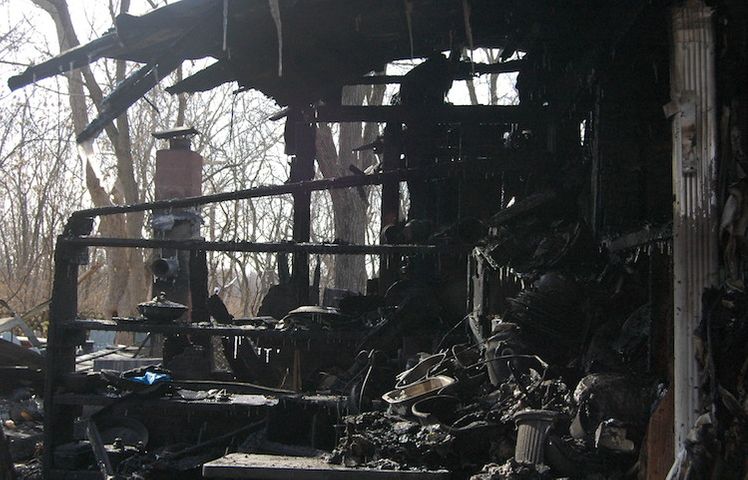 ELDON - Eldon Police and Fire Departments are still investigating a deadly fire from Sunday night, but the two deceased bodies have been identified.

Family members who arrived at the scene Monday told KOMU 8 News the bodies were those of 84-year-old Anne St. Clair and 67-year-old George St. Clair. They said the Eldon County coroner confirmed this to them.

The fire broke out a little after 11 p.m. Sunday. Eldon Police Chief Rodney Fair said an Eldon police officer noticed smoke coming from Railroad Pond Rd. and found the fire at the St. Clair's home. Fair said firefighters then extinguished the fire and discovered the bodies.

Heath Ryals, a neighbor who lives two blocks from the house, said he could see the flames from his home.

"We could see them over the trailer right there, and they were pretty high," Ryals said. "I'd say up to the top of the tree branches. I'd say it was at least that high."

His girlfriend, Jennifer Buehler, also saw the flames. Both of them said they saw about seven fire trucks responding to the scene.

Investigators said the cause of the fire has not been determined.