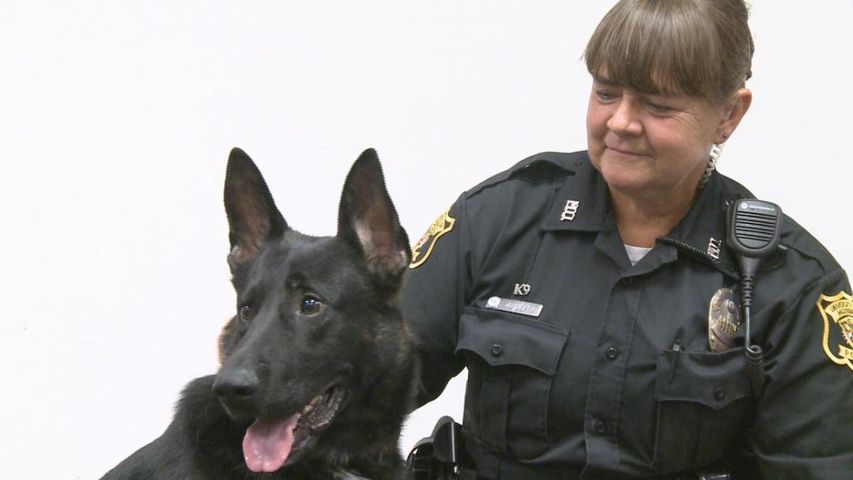 COLUMBIA - After about a year without a bomb-sniffing dog, the University of Missouri Police Department has added a new K-9 to its force.

Brass went through the program with his handler, Officer Joan Haaf.

At Shallow Creek Kennels in Sharpsville, Penn. Brass was trained to sniff out explosives and alert Haaf, while Haaf learned how to recognize signals from the dog.

The addition of an explosive-sniffing dog to MUPD comes after not only a near long gap, but also a bomb threat at the MU Student Center and Memorial Union in April.

Because MUPD did not have a bomb-sniffing dog at the time of the bomb threat, the buildings could not be cleared until a trained dog with the Jefferson City Police Department arrived.

According to Captain Brian Weimer, Brass is now the only trained explosive-sniffing police dog in Boone County.

Weimer said that MUPD will work with other local departments like always in emergencies, and pool their resources, including the new dog.