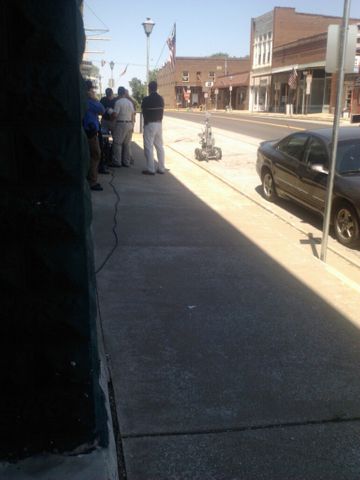 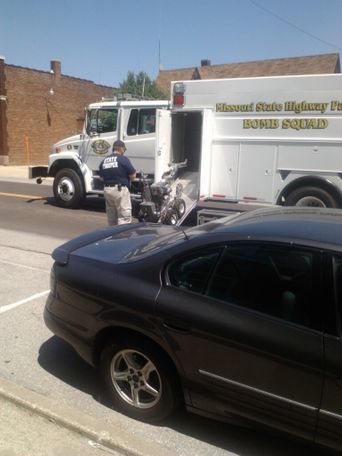 PERRY - Bomb squad officials investigated a suspicious object in downtown Perry Tuesday, but found it to be a non-threat.

Ralls County Sheriff Paul Forney said officials responded to a possible bomb around 8 a.m. after a passerbyer found a suspicious red object at a four-way stop. When officials arrived they found two light red containers stuck together with liquid inside.

A bomb squad and fire department were called in to assist.

After further investigation of the container, officials determined the object was not a bomb and most likely not threatening. The liquid had no fumes or odor and the container did not hold electrical devices.

Sheriff Forney believes the box could have been put there as a hoax.

Officials are taking the liquid to a lab for testing.