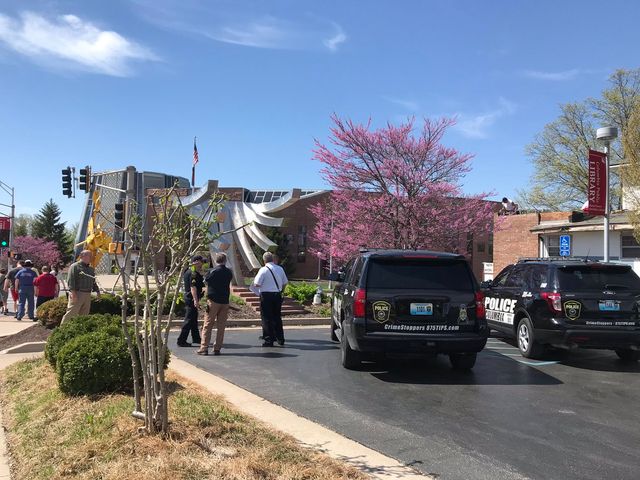 COLUMBIA - The Daniel Boone Regional Library was evacuated due to a bomb threat on Tuesday, according to the Columbia Police Department.

Police said a suspicious tweet indicated an incident would occur at 11:40 a.m. A library spokesperson said the tweet was "rambling" and did not make sense, but was threatening.

"The words that were used were non-specific but it was enough to alarm us," said public relations director Mitzi St. John. "We wanted to contact the police department because we worry about, not only staff safety but patron safety."

CPD does have the Twitter handle of the person and were actively searching for them.

A large crowd was ordered to evacuate and police said everyone was out by 10:55 a.m.

Police went in with a K9 unit and cleared the first floor and were searching the second floor of the library, which is on the corner of Garth Avenue and Broadway.

Columbia Public Information Officer Jeff Pitts, said he was unsure if there had been any other previous bomb threats at the library.

However, there is always a police officer on duty when the library is open according to library staff.

Grant Elementary School, which is across the street, was not letting anyone in or out of its building.

The library reopened after noon Tuesday.