Boone Countians turn up for National Drug Take Back Day 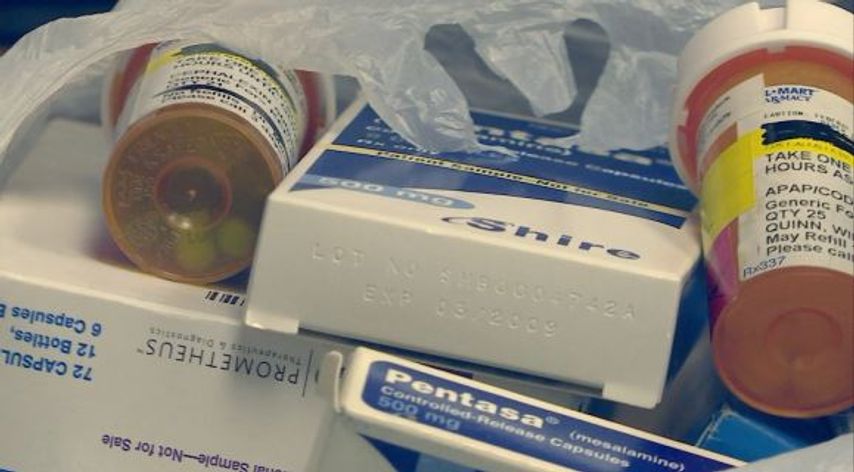 Major Tom Reddin from the Boone County Sheriff's Department, who coordinated the events, said the event is highly important.

"We were approached in late 2009 by members of the Youth Community Coalition who brought this event to our attention and asked us if we liked to be involved as a sponsor and coordinate such events locally."

He added that the drop-off events provide a good alternative other methods of disposing prescription medication.

Reddin said they held their first event in summer of 2010 and have been holding biannual events ever since in conjunction with the Drug Enforcement Administration who handles the events nationally.

Although residents have the chance to drop-off their prescription medication in the spring and in the fall, for some it's just not enough time.

"I will start getting calls a couple of months before each event," Reddin said. "'Hey, when's the next one? I've got stuff. I've had relatives pass that were on lots of medications that I need to get rid of.' And I start getting calls from pharmacies and other folks saying 'hey, we've got customers asking when the next one is.' It is amazingly popular."

Early drop-off events took place on Friday at Harry S. Truman Memorial Veterans' Hospital and at the MU Student Center. Public Affairs Officer Stephen Gaither explained that it was important for the VA Hospital to participate when they could.

"It is the best way to safely dispose of unnecessary prescription drug," Gaither said. "We've participated as a drop-off site for at least seven or eight years and it's with the intent to do a service for our community as well as for our patients and our employees."

Each drop-off location was staffed with a law enforcement officer from Boone County who would collect the drugs. Reddin asserted that patient information would remain confidential.

"There's no IDs required," Reddin said. "There's no inventories, listing, counting, anything like that."

The timing of the event comes just days after President Donald Trump's announcement of the opioid epidemic as a public health emergency. Reddin said drop-off events like these are important to addressing the issue and keeping the pills out of the hands of those that may abuse them.

"The medications that end up collected are all over the spectrum and a lot of them are prescription pain medication, these opioids," Reddin said. " Things like that that as a nation we are certainly experiencing a problem with: overdoses on these kinds of medications and so whether accidental or chronic abuse and use, having these medications turned over and disposed of in a proper manner prevents them from being out in the community where they might get into hands where they would cause harm."

The Boone County Sheriff's Department typically collects around 500 to 600 pounds during the event. The DEA will pick up the collection boxes in about a week and then destroy them by means of incineration.