Boone County candidates participate in "Walk for the Climate" 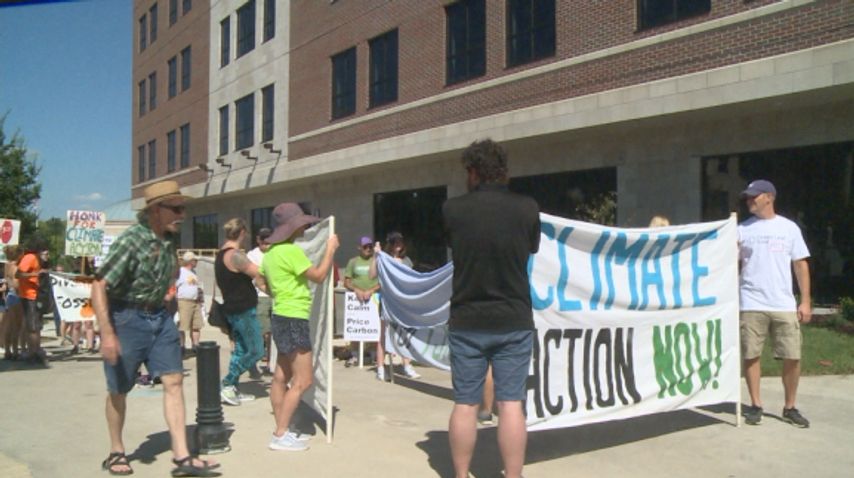 COLUMBIA - Boone County representatives, candidates and community members walked a 5k on Sunday to highlight climate change and demonstrate their commitment to do something about it.

Six representatives spoke at mid-Missouri Peaceworks' "Walk for the Climate" about their commitment to the planet and how they're going to do their part.

Congressional hopeful Renee Hoagenson spoke about recent climate inaction and the need to change the dialogue.

Hoagenson is running for Missouri's 4th District congressional seat against Rep. Vicky Hartzler, R-Missouri, who has held the seat since 2011.

Hoagenson also had some words about her opponent, who declined to show up to Sunday's walk.

"I have an opponent that won't even face me in a debate, she won't come out and talk to the people that voted her in," Hoagenson said.

All of the candidates who would represent Boone County in the November elections were invited, but no Republicans showed up.

"You can take a horse to water, but you can't force it to drink," event organizer Mark Haim said.

Haim is the director of Mid-Missouri Peaceworks which has been "working for a more peaceful, just and sustainable future" since 1982, according to their website.

"The existential threats we face are climate change and nuclear war and either could make all of the other issues a moot point," Haim said.

While all of the politicians at the event affirmed their commitment to fight climate change with legislation, they also emphasized that people shouldn't leave everything up to them.

"Don't look for government to solve this issue, be involved in it every day yourself," Rep. Kip Kendrick, D-Columbia, said.

Kendrick is running unopposed in Missouri's 45th district race so he will hold onto his seat, which has been his since 2014, for two more years.