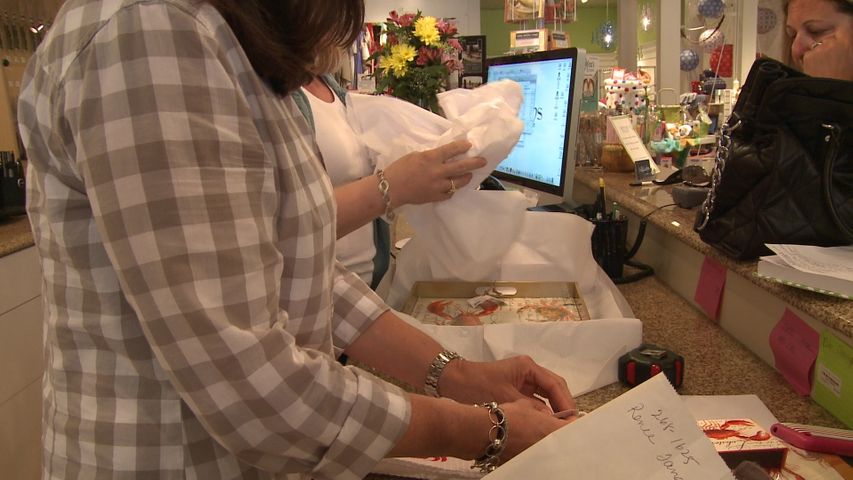 COLUMBIA - Business owners said Wednesday they are seeing business pick up in and around Columbia, sometimes by as much as 30 percent. An FDIC report last week stated Boone County and Columbia are doing well economically, especially compared to the state and the nation.  Boone County has remained Missouri's county with the lowest unemployment rate. The turnaround in the economy over the past few years can be seen through small businesses flourishing.

Tallulah's, a kitchen and home store in downtown Columbia, has been open for around three months.   And co-owner Melissa Alabach said those three months have gone pretty well.

"I think we have just been very well received.  I think we fill the niche that Columbia needed for a while.  You know, everyone that comes in here is just so excited about having a kitchen store."

Alabach said she and her business partner Mary Stauffer have talked to other businesses around downtown and have found they are having the same success.

"From what I understand, the stores downtown in the last month or so, we've talked to a couple store owners, and they've said the sales have gone up about thirty percent from last year at this time.  So I think things are picking up."

Regional Economic Development Inc.(REDI) president Mike Brooks said most of the reason Boone County consistently does better than other counties in the state is because of the University of Missouri.

"We are certainly seeing the strength of the university and what role it plays in helping support a local economy.  You know the university is looking at one of the largest freshman classes in its history coming in this fall.  That is an extremely positive impact on the community," Brooks said.

The large amount of students will help businesses and especially construction, with all of the student housing constantly being built.  Brooks said there are also many downtown developments being planned.

"All of those kinds of activities are giving us confidence that things are starting to look much improved," he said.