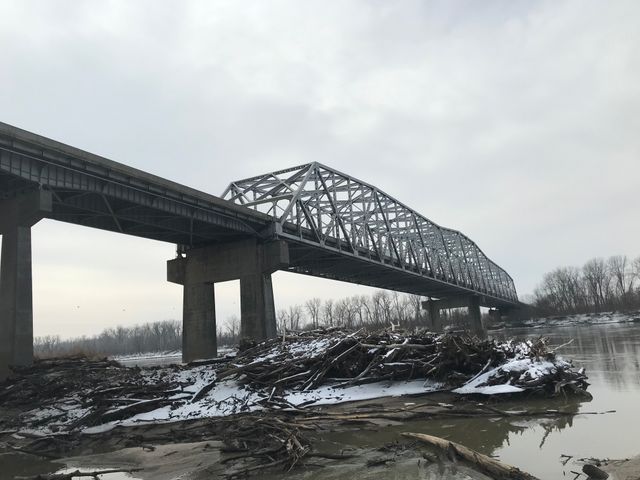 COLUMBIA - The Boone County Commission approved a letter of support Thursday to contribute $2 million from county tax revenues to a new I-70 bridge the Missouri River at Rocheport.

The project, proposed by the Missouri Department of Transportation, would cost $238 million.

An alternative plan, to repair rather than replace the bridge, is set to start in 2020, but the commission said a new bridge would be the better option.

"If that occurs, there will be restriction of traffic to one lane each way, and MoDOT projects that will back up traffic," Commissioner Daniel Atwill said.

He said repairing the bridge would disrupt the economy and be time consuming to people who use it.

MoDOT estimates it would take 9 months to complete the repairs and cause traffic delays anywhere from 3 to 6 hours.

"We're all dependent of Interstate 70 for our livelihoods in one way or another and, if not our livelihood, then it has to do with the goods and services that we receive everyday," Atwill said.

The commission said a new bridge is the most important infrastructure project of the decade.

Members said they would urge every county from Kansas City to St. Louis to support the new bridge either verbally or in written form.

Atwill said there is no guarantee the plan for the new bridge will go through because there the state and federal government might not support it.

He said the commission took action now because the grant application for the bridge is due in just a few weeks.