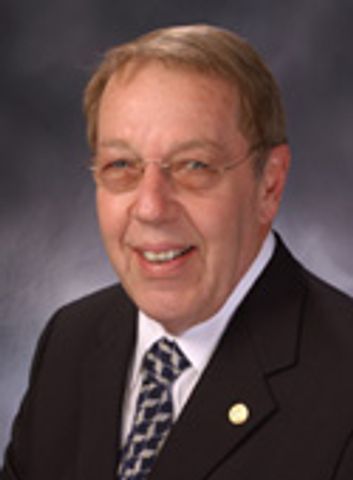 COLUMBIA - Following Boone County Presiding Commissioner Ed Robb's death Saturday night, District I Commissioner Karen Miller and District II Commissioner Skip Elkin will take turns taking over his responsibilities until Governor Nixon appoints a replacement. Scott Holste, Governor Nixon's press secretary, said he's not sure when the governor will make the appointment since there is no statutory time table for the process. As of Monday morning, Holste said he wasn't even sure if the Boone County Clerk had officially notified the governor's office of the now vacant position.

However, Miller said she believes it should take somewhere between six and eight weeks to fill the position. Until then, the job responsibilities that come with being acting presiding commissioner won't be new to the two commissioners. Miller said she and Elkin frequently took over when Robb was out of the office.

Before Nixon makes the appointment, he will most likely receive recommendations from the county committees for each political party, Holste said. He also said anyone who believes they're qualified to be the next Boone County Presiding Commissioner may submit an application to the governor's office.

Whomever the governor appoints will serve as presiding commissioner until the next general election in November 2012. He or she would be in charge of some legislative duties and many administrative duties such as signing papers like purchasing contracts and other legal documents.

Miller said as of Monday, the commission is running smoothly and she said she imagines the commission will hold off on making any major policy decisions until the spring.

For now, those working at the commission's office say times will be dull without Robb and his sense of humor.

"He walked in here every day with a smile on his face and his blue eyes shining," Commission Secretary Monica Kuster said.  "In the short amount of time I knew him he became one of my very favorite people in the world. He was like a dad to me and he will be missed for a very long time."