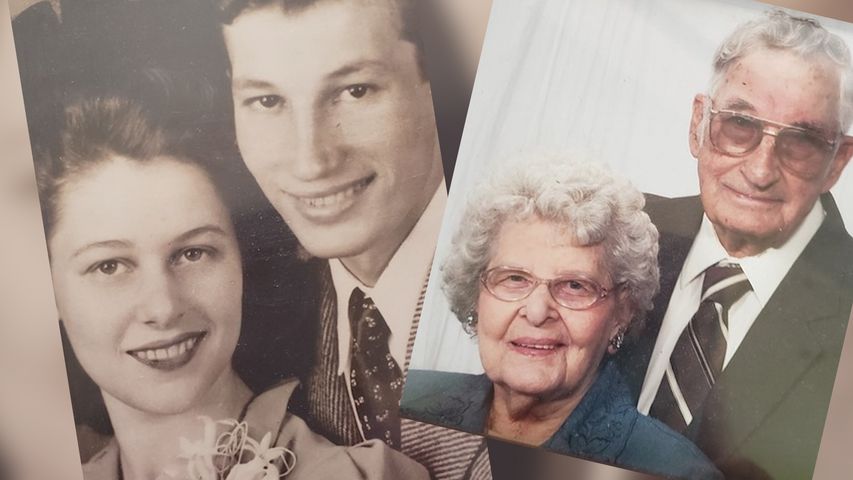 COLUMBIA - Frank and Katie Moore celebrated their 75th wedding anniversary Wednesday. The Boone County couple married in 1944 in a local minister's home when Frank was 19 and Katie was 18.

The pair met after their best friends fixed them up on a date.

When asked their secret to making love last for more than seven decades, Frank laughed and said, "she wouldn't let me go." He also said since they got married young, they grew up together and overcame bad times that made their marriage stronger.

He said they can look back now on those times and appreciate them.

You could say lasting love is in their genes. Frank's parents, Clara and Elvin, were married for 74 years.

Frank is 94 years old and Katie will turn 94 in November. Both grew up in Boone County. He worked for CoMo Tire for 30 years and Katie stayed at home with her children along with working for the federal government for 22 years.

Frank is also a WWII veteran. He enlisted in the Merchant Marines in July 1943. He served on several ships in the North Atlantic, Mediterranean and Pacific before he was honorably discharged in November 1945.