Boone County Couple Claims They were Scammed in Asphalt Job 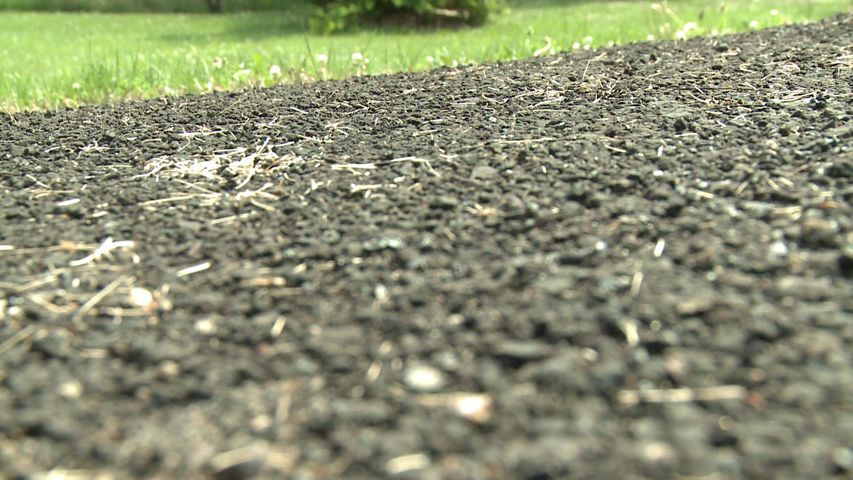 Eddie and Wanda Mills said an asphalt worker knocked on their door in late April and offered to pave their driveway for a low rate. They said the man, Michael Maddox, and some of his crew began working immediately and charged them $7,600.  They were frustrated to find much of the asphalt crumbled and broke apart. They said grass grew through a section of it, and Maddox's workers' sloppy asphalting splattered onto their garage door. They said Maddox has been back only once to finish up his work but has not returned any of their calls. Eddie Mills told KOMU 8 he feels scammed and cheated.

KOMU spoke with Michael Maddox over the phone, because he refused to speak on camera.  He told us he runs an honest business and has been back to the Mills' house several times.  He said he has worked on four or five driveways in that area.

Detective Tom O'Sullivan of the Boone County Sheriff's Department said his department has no record of Maddox, but that there are several asphalt scammers in mid-Missouri, door-knocking and providing poor work. The scammers often charge expensive fees and do not answer complaint calls.  They target disabled and otherwise vulnerable people. O'Sullivan said between six and a dozen mid-Missouri residents have called in the past month to report scams. He said asphalt scams are not the only scams in the area of which to be aware. Irreputable roofers, lightning rod installers and other service workers operate in mid-Missouri. He said to call the sheriff's department or the attorney general if you are a scam victim.