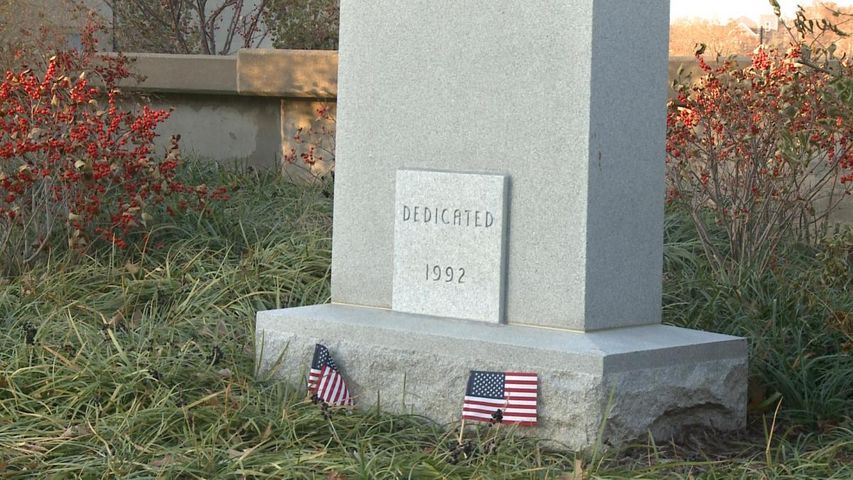 COLUMBIA - Members of the community gathered Wednesday night to support the parents of a fallen war hero that lost his life in the line of duty more than twenty years ago.

Dozens came out in support of Will and Marsha Connor, who are upset that the memorial for their son, Navy Lt. Patrick Connor, has been changed.

The commission said it covered the symbol in June after a Washington, D.C.-based group threatened to take legal action against governments that allow religious icons on taxpayer-owned property.

The Connors now live in New York and only recently found out about the changes. They have since traveled back to Columbia to fight for their son's memorial.

They said the symbol has special meaning to them and they don't think it should have been covered without their knowledge.

Marsha Connor shared Wednesday how she felt when she learned on Easter Sunday 1991 that her son's plane was shot down over Iraq.

"It hit me hard in my heart. But the lord said to me 'Marsha, this is what my resurrection is all about, because Patrick has accepted me as his personal savior, he is not dead he is alive' ...and I knew, Patrick had just beat us home."

The memorial was funded by a local Columbian and friend of Lt. Connor. Supporters to change it back have created a Facebook page to support the cause.

KOMU 8 worked to contact the commission and was not successful.