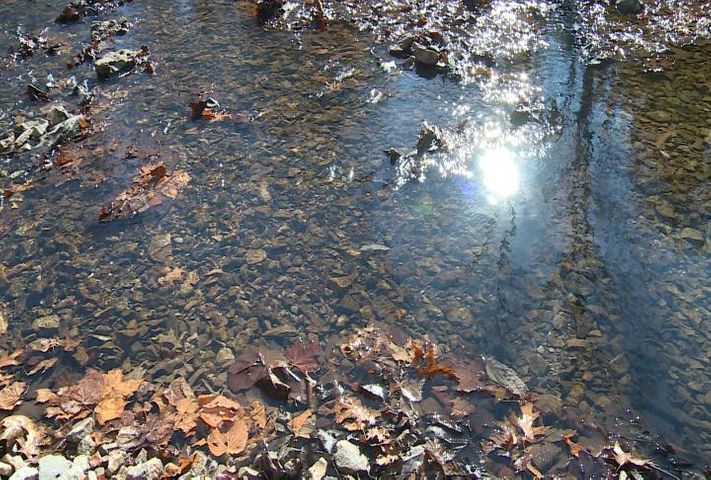 Boone County stormwater coordinator Nicki Fuemmeler said during rainy months, it's not uncommon to see higher levels of bacteria in the water. This is because rain washes contaminants into the creeks, and an extremely heavy amount of rain makes the bacteria harder to manage.

"A lot of it comes from runoff which is kind of diffused, and a lot of the creeks on the list are very rural watershed, so that means there's a lot of agriculture and livestock operations in the area" Fuemmeler said.

Fuemmeler said Boone County is dealing with multiple different strains of the bacteria, some of which can be harmful if ingested.

"Do you want to get in a creek after the amount of rain we've had? Caution would be good," she said.

According to the Mayo Clinic, most varieties of E. coli are harmless or cause relatively brief diarrhea, but a few particularly nasty strains, such as E. coli O157:H7, can cause severe abdominal cramps, bloody diarrhea and vomiting.

Water can only be treated for E. coli using chlorine, ultra-violet light, or ozone, all of which act to kill or inactivate the bacteria. Boone County received more than 10 inches of rain in the month of October, and this makes treating the streams for E. coli more challenging.

"As far as livestock, the EPA (Environmental Protection Agency) doesn't regulate agriculture, so it's more of an education thing, and providing the livestock owners with the information they need to understand how it affects the nearby creeks."

Fuemmeler suggested fencing off creeks to keep livestock and animal waste out, "but if it's the livestock owner's water source then that's a problem too."