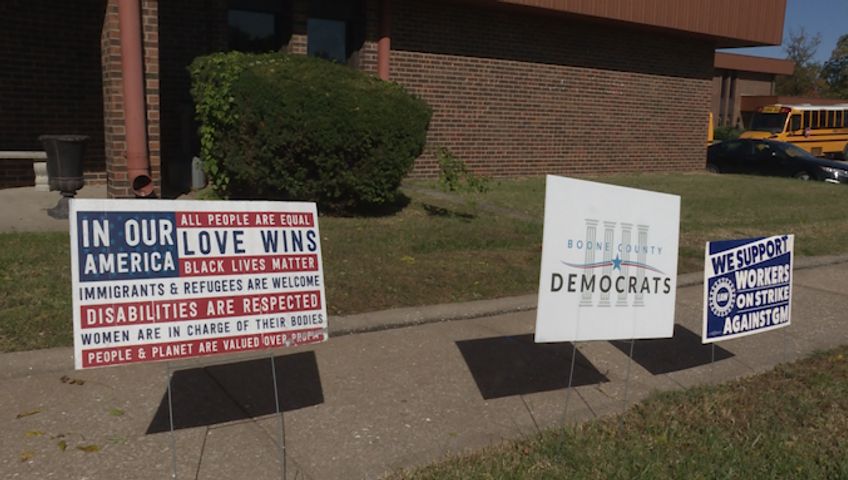 COLUMBIA - The Boone County Democratic Party will host an event on Wednesday night to look for future candidates.

The event will take place at its office on Vandiver Drive in Columbia at 6 p.m. Organizers said it would last one hour.

The Boone County Democratic Party leaders will discuss what position they need to fill in and how to do it. They will be discussing everything related to being part of the Party and becoming a candidate.

"We've got people who already attend party meetings who are thinking about doing this," Booker said. "But you don't have to have a plan. If you're curious, come on down."

The Democratic Party will train anyone who is interested in one of its positions.

Booker said there are a lot of democratic leaders in the community.

"We have really skilled democrats that we're aware of," Booker said. "The question is, are they thinking about running for office, and if not, why? If they're thinking about it, we want to help them achieve that goal."

The Democratic Party will schedule different events like this one to bring people into the party.

"If we're not successful at developing candidates first go around, we will try, try again," Booker said.

KOMU 8 News also reached out to the Boone County Republican Party. Leaders said they're not hosting events at this point, but are still recruiting people for next year's ballot.