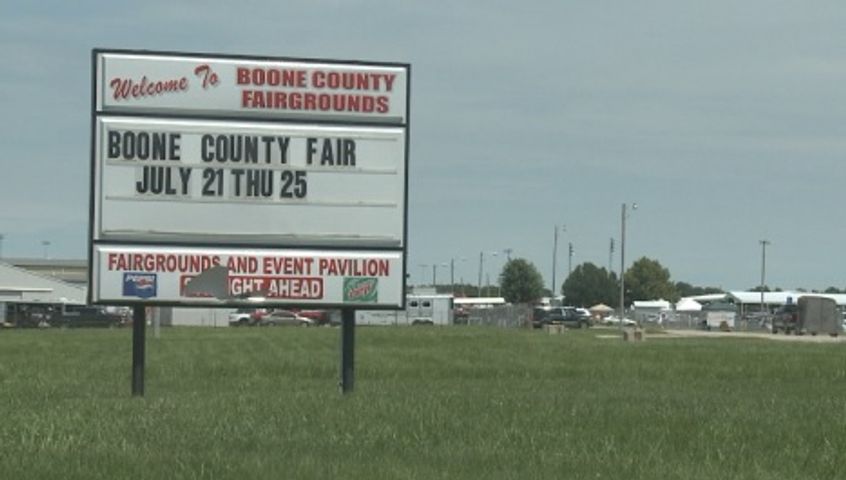 BOONE COUNTY - The Boone County Fair ended Saturday, which could mark the last time the fair will be held at the Central Missouri Events Center.

The uncertainty comes after the Boone County Commission voted to close the grounds last year after sales tax increase failed to pass. The fair has been held at the Events Center since 1992.

Since its failing, the Boone County Fair Board and the county commission have not reached an agreement. Board president Jeff Cook said he's not sure what will happen next.

"It's been a really good fair," Cook said. "The public is really coming out and supporting us."

Cook said a number of fairgoers have told him they're enjoying their time while they have it.

"That's our pay, right there," he said. "When people leave and thank us for putting on a good show. That makes it worth it right there."

Cathy Cook and her husband own a Kona Ice truck and work at events around mid-Missouri. She said this was her first time working at the fair, but she enjoyed it. She said she used to bring her kids to compete in livestock showing and is happy to see the fair is still making plans for the future.

Cook said she thinks closing the fairgrounds could mean a serious loss of revenue for the county.

"Invest the money in the future," Cook said. "When they close this facility down, they not only hurt the Boone County Fair, they hurt people all over the county, all over the state, for not having events here on the weekends - horse shows, car shows, swap meets, gun shows - but also the people that visit for those events. Then we have the hotel people the restaurant people, the fuel stations - it impacted a large range of people."

Fair board member Mike DeShazo said this year was one of the best fairs he's ever seen. He said the livestock shows are what the fair is really about, and the board will work to keep the fair running so the children have the opportunity to compete and participate.

Cook said he and the fair board will meet with county commissioners in the next week to discuss the future of the Boone County fair. He said several other venues have offered to host the fair next year.